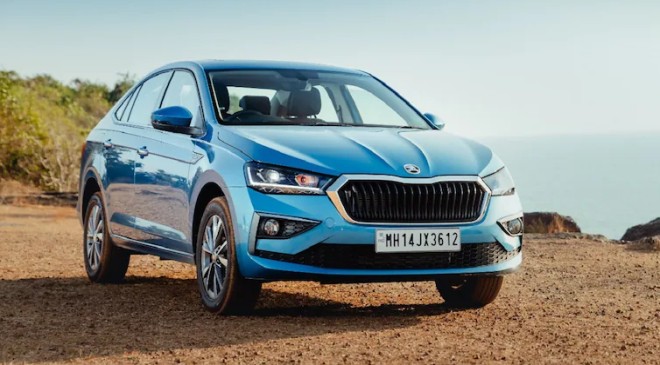 Just a few days after the Skoda Slavia 1.0 TSI version’s launch, the Czech carmaker has launched the more powerful 1.5 TSI version in a single, fully loaded Style trim level. The Slavia 1.5 TSI manual is priced at Rs 16.19 lakh, while the automatic variant costs Rs 17.79 lakh (ex-showroom, India). Bookings for the Slavia 1.5 TSI have commenced as well, with deliveries slated to begin towards the end of this month.

The main change lies under the hood as this version of the Slavia uses the more powerful 1.5-litre, four-cylinder, TSI turbo-petrol engine that puts out 150hp and 250Nm (same as the unit in the Kushaq). This engine can be had with either a 6-speed manual or a 7-speed DCT automatic gearbox.

Visually, there is no change over the 1.0 TSI model to help differentiate the variants; hence it too features a well proportioned and sleek design, with strong ties to the rest of Skoda’s sedan range.

As mentioned above, the Skoda Slavia 1.5 TSI is only available in the range-topping Style trim. This means that it comes with all bells and whistles, including a free-standing 10-inch touchscreen infotainment system with wireless Android Auto and Apple CarPlay support, connected car tech, digital instrument cluster automatic climate control, ventilated front seats, leatherette upholstery, a wireless charger, rear AC vents and a sunroof.

Skoda also offers a lot of safety features in this Style trim, including six airbags, ESC, an electronic differential system (EDS) and a tyre pressure monitor.

Rivals for the new Skoda Slavia 1.5 TSI are the same as the 1.0 TSI variants: the Honda City, Hyundai Verna, Maruti Suzuki Ciaz, and VW Vento – until the Virtus replaces it later this year.