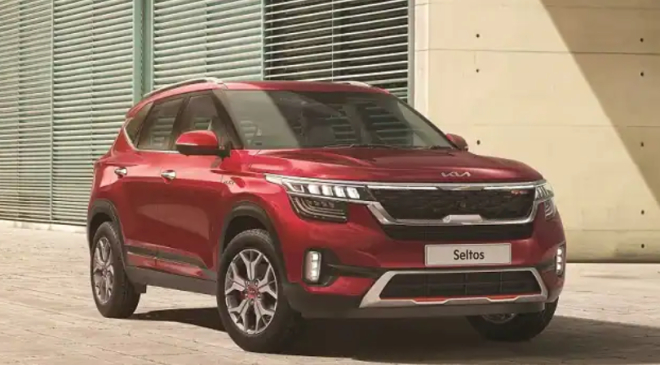 Here’s a look at the reasons for the Kia’s success in India, right from product strategy to dealership network along with brand’s sales numbers, and current portfolio.

The Indian automotive market is a tough nut to crack! Although the sales numbers are rising and with growing disposable incomes, more and more four-wheelers are being sold, Indians are still very peculiar about buying a vehicle. And why shouldn’t they be? After all, a car, for a middle-class Indian, is the second biggest investment after home. Hence, Indians are very particular about the vehicles they are buying.

As many top bosses from OEMs have said in the past, an Indian buyer needs everything in a vehicle without paying anything for it. This has proven to be a challenge for many globally renowned big auto brands. Case in point, companies like Chevrolet and Ford, both doing good otherwise, wrapped up their businesses in India. But that doesn’t stop new players from entering a lucrative market like India!

As tough as it may be, India is a sitting goldmine for business houses thanks to a massive population base. Kia Motors (now Kia) saw this huge opportunity and entered the Indian market back in August 2019 with the launch of its first offering in the country, Kia Seltos. The South Korean automaker, a part of Hyundai Group, is known for making some of the most good looking and technologically loaded cars at affordable pricing, a reason why it’s so successful in S. Korea and America.

They replicated the same formula in India to offer tech-loaded, youthful products at an affordable pricing and captured a huge market in no time. Many trade pundits have attributed the Kia’s success to the brand’s product strategy apart from quality products and pricing. Here’s a look at the reasons for the Kia’s success in India, sales numbers, and current portfolio –

Kia India is the fastest automaker to reach sales milestone of one, two and three lakh domestic sales. The company recently registered a cumulative sales (domestic and export) figure of 5 lakh units. Kia has a market share of about 6 percent in just 2.5 years and is among the top 5 automakers of India sales wise.

Kia Seltos remained the top contributor to Kia’s overall sales with 6,575 units, while Sonet and Carens contributed 6,154 and 5,109 units. The company says the semiconductor shortage remains a concern and is pulling back the sales. The automaker has recently started the third shift in India and is targeting to produce over 3 lakh units in the calendar year.

Reasons for success in India

Kia India is offering some of the most feature loaded and well designed products for the Indian customers. Right from the entry level Sonet to flagship Carnival, all Kia cars have best-in-class features. The newly launched Carens gets many segment-first features as well.

Modern and feature loaded vehicles doesn’t mean Kia products are expensive. In fact, Kia India is offering the most competitive products to the Indian customers. Case in point, the newly launched Kia Carens is priced at just Rs 8.99 lakh (introductory, ex-showroom) for a 7-seater MPV with SUV styling. The similarly speced and rival Hyundai Alcazar is priced north of Rs 16 lakh.

Apart from products itself, Kia has one of the most modern and largest dealership networks in India. The company also went on to top at the ‘Dealer Satisfaction Survey’ conducted by FADA, two years in a row in 2020 and 2021. The service quality and vehicle buying journey are all digitized and highly acclaimed from customers.

Kia products are among the safest in the market and that also pushes the sales of the Kia cars. Many young buyers weigh in safety as an important factor while buying cars. Recently, Insurance Institute for Highway Safety (IIHS) recognized eight Kia vehicles on its 2022 TOP SAFETY PICK (TSP) and TOP SAFETY PICK+ (TSP+) awards lists including Seltos, Carnival among others.

Another factor that played in favour of Kia India was its product mix for India. Kia started with mid-SUV segment that’s heavy in demand, followed by Kia Carnival premium MPV, creating a new segment altogether, making it a hit among celebrities. Not only this, Kia concentrated on India’s SUV fetish by launching a compact SUV and later a MPV with SUV styling. Although Kia has some really good sedans, the company says they want encash SUV wave in India.

As mentioned above, Kia has launched four products in India with 2.5 years of its sales operations in the country and is planning to launch many more products in the coming months. Here’s a look at the current Kia portfolio –

Kia Seltos was the first car launched by the South Korean car manufacturer in August 2019 and broke many shackles on how the Indian audience perceived cars. Kia Seltos offered a very European product with high quality fit and finish, feature loaded and it was the first “Made in India for the World” product. Kia has sold a total of 2,51,877 units of Seltos in the domestic market till January, 2022. The SUV alone contributed 65 percent of the total sales of Kia in India.

The Kia Carnival was the next product to enter the Indian market and was a surprise considering everyone was hoping another SUV from Kia. Launched during the Auto Expo 2020, it created a niche and separate segment on its own in the premium MPV category. The vehicle has registered total sales of 9,737 units in India, so far. It’s a big hit among celebrities and businessman looking for a large MPV for easy travel.

Company’s first sub-4m SUV was launched in September 2020 and was the third product for India and the second ‘Made in India for the World’ product. The Kia Sonet, like Seltos, offered many segment-first features and in no time, gained a big space for itself. The total domestic sales of the car reached 1,24,504 units till January, 2022. The car contributed 32 percent share to Kia India.

The most recent product launch for Kia is the Carens MPV which the company is marketing as a RV, a new segment with SUV like styling. The car is available as a 6/7 seater configuration and was launched on 15 February this year after a gap of almost 1.5 years due to multiple lockdowns. This is the third ‘Made in India for the World’ product.