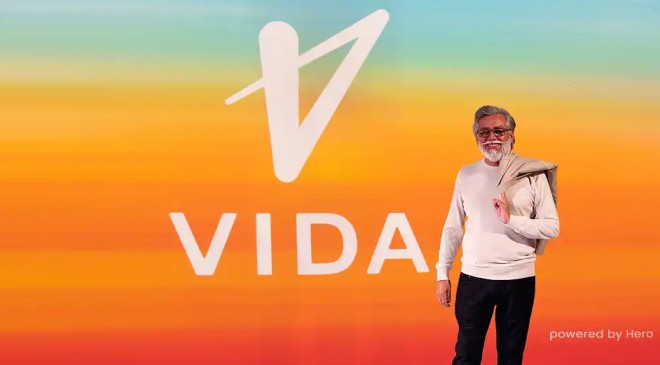 Hero Motocorp will officially unveil its first electric vehicle on July 1, 2022, to coincide with the birth anniversary of Dr. Brijmohan Lall, Chairman Emeritus of Hero MotoCorp.

Hero MotoCorp, the world’s largest manufacturer of motorcycles and scooters has unveiled the name of its upcoming EV venture – ‘Vida – Powered by Hero’, a brand-new identity for its emerging mobility solutions, including upcoming Electric Vehicles (EV). Hero will officially unveil its first electric vehicle on July 1, 2022, to coincide with the birth anniversary of Dr. Brijmohan Lall, Chairman Emeritus of Hero MotoCorp.

Hero Motocorp, India’s largest two-wheeler maker has been planning to foray into the electric vehicle space for some time now, especially when companies like Bajaj, TVS, Ather have announced their electric scooters, all doing good in the market. The production of the new Vida model will be done at Hero MotoCorp’s facility in Chittoor, India and the dispatches to customers will begin later in 2022.

Unveiling the new brand logo and the ‘sunrise’ visual identity of Vida, Powered by Hero Dr. Pawan Munjal said, “Vida means life, and the brand’s sole purpose is to create a positive impact on the world and move us all forward in meaningful ways. We believe the name is perfect for what we are building for our children and the next generation. This is truly the dawn of something special. In only 17 weeks from today we will unveil our Vida platform, products and services to make the world a better place.”

“When I see our future generations, especially my grandchildren, all I want to do is build a future of optimism, a future of positive energy, a future which is clean, where everyone has something to look forward to and participate in something bigger and better. With the creation of ‘Vida’ we will offer everyone the opportunity to thrive, grow and live better while continuing to move the way they want. I will lead this initiative from the front,” Dr Munjal added.