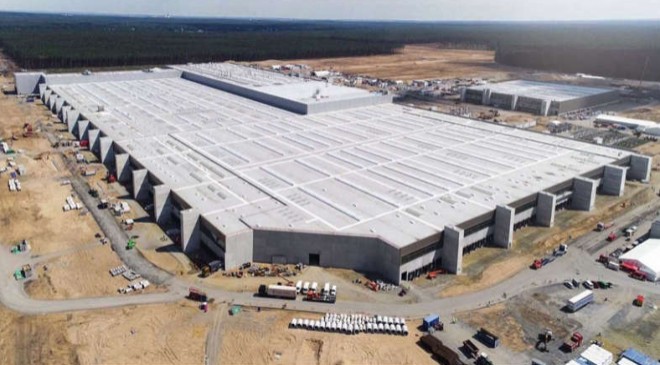 It seems production is still weeks away. Tesla must reportedly provide evidence of compliance with further requirements.

Late last night, or really, in the wee hours of the morning in the US, social media reports suggested that Tesla has officially received final approval to begin building vehicles at its new factory near Berlin, Germany. However, that’s not exactly the case.

Vocal Tesla investor Gary Black shared a screenshot of part of an article that was reportedly published by Bloomberg based on an earlier article from German publication Handelsblatt:

Interestingly, the story kind of contradicts itself. While it says Tesla “wins final approval from German authorities,” it goes on to say that more conditions must be met for production to begin. Keep in mind, it’s also noted that – as is often the case – the details came from an unnamed source. Black says the approval is for the factory construction itself, not production.

Fast forward to this morning, and we have learned that a press conference is scheduled for tomorrow, Friday, March 4, 2022. It will reportedly pertain to the final environmental approval of the German factory.

Teslarati says Brandenburg Minister-President Dietmar Woidke will be discussing the approval situation at the conference, and the press has already been invited. The publication went on to confirm the event by contacting the office of Brandenburg Environment Minister Axel Vogel. However, no additional details were provided.

Teslarati also notes that several esteemed officials will be on hand for the conference. It reached out to many of their offices, but hadn’t yet heard back at the time of writing. Regardless, the publication does confirm that, according to Handelsblatt, it will be a few more weeks before Tesla can begin producing customer cars at the factory.

Tesla has been up against a host of setbacks related to the opening of Giga Berlin for many months. It comes as no surprise that official approval has been granted, though with another catch.

Tesla has been alerted that it has to produce some sort of evidence related to compliance with further requirements, though there are no details. This is a developing story. Clearly, we should know much more tomorrow thanks to the press conference.

As more information becomes available, we’ll either update this article or provide another article with all the important details. In the meantime, head down to our comment section and leave us your thoughts.