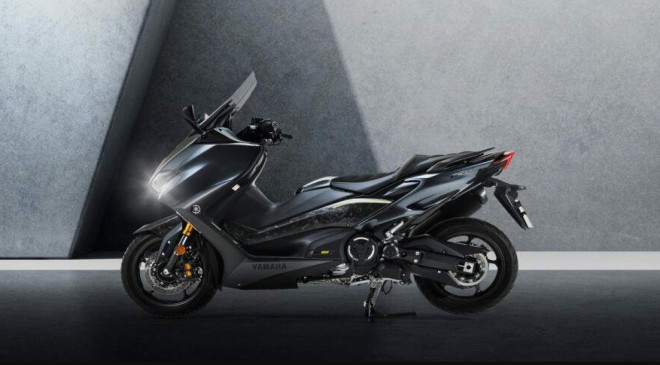 – Likely to debut on the TMAX scooter

Yamaha seems to be working on a hybrid drive system with the TMAX maxi-scooter as the base. The design patents of the system have been leaked, revealing quite a few details.

First off, there is a direct connection between the combustion engine and the electric motor via the crank. This indicates that the link is at the source of the engine’s output and that the conventional transmission system can be utilized, keeping costs in check. It could also mean that the ICE and the electric hybrid system could be working in tune so maintaining power, torque and RPM consistently is likely to be easier.

The reason Yamaha could use the TMAX as a base is that a maxi-scooter has ample storage space under the seat that could easily gobble up a couple of batteries. While this doesn’t seem like the best solution, it is still considerably easier to have than on a conventional motorcycle.

What the design patents don’t reveal is the launch timeline of Yamaha’s hybrid system, although, by the looks of it, the production version could only be a year away. That said, it is unlikely to be launched in India in the near future, at least not with the TMAX maxi-scooter. However, Yamaha does have hybrid scooters in our country in the form of the Fascino 125 and Ray ZR 125.