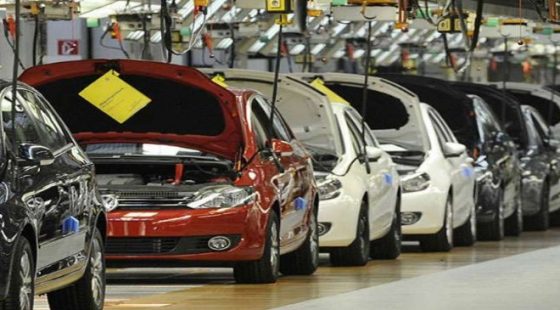 Palladium metal is found in large quantities in Russia. Russia is the largest producer of this metal which is used to reduce the effects of toxic gases such as carbon monoxide and nitrogen dioxide from vehicles.

America pulls up Russia with sanctions

The United States on Thursday announced broad export sanctions against Russia. This includes reduced access to global exports of essential goods ranging from commercial electronics and computers to semiconductors and aircraft parts. This allows companies to change manufacturing plans or look for alternative supply lines.

The auto industry was already grappling with tight supply of vehicles due to global semiconductor shortages caused by COVID-19. It is believed that the impact of this war can be on the global economy, because Ukraine and Russia produce many crucial items, which are exported globally and are part of supply chain.

Let us also inform you that palladium metal is found in large quantities in Russia. Russia is the largest producer of this metal which is used to reduce the effects of toxic gases such as carbon monoxide and nitrogen dioxide from vehicles.

Russia and Ukraine produce semiconductor as well as important gases and metals. After Russia’s attack on Ukraine, this war has had a direct impact on their production. You will be surprised to know that on December 1, 2021, the price of crude oil was $ 68.87 per barrel, which has now increased above $ 100 per barrel. At the same time, the price of crude oil reached $105.25 per barrel on Thursday evening.

Let us inform that in both the countries, electric cars and the batteries used in them are manufactured on a large scale. Due to this war, electric vehicles and the batteries used in them will also have a bad effect. This will disrupt the supply chain and increase their prices. In the coming days, its bad effect can be seen on the global auto industry including India. Car prices may increase in India as well.