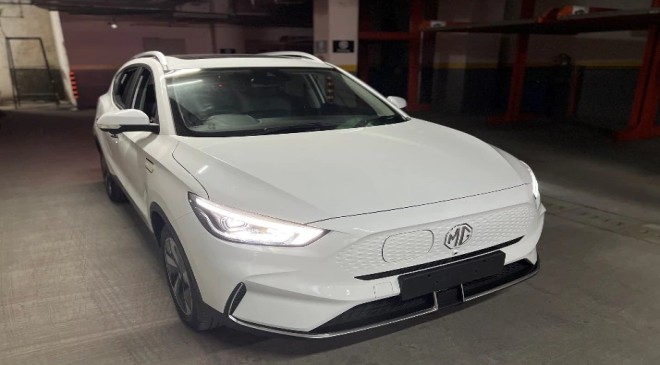 A fresh look, more tech and more range are some of the updates expected

MG Motor India is all set to give the ZS electric SUV its first midlife refresh on March 7. We’ve already seen the EV without a camo, and unofficial pre-launch bookings have been underway for a token amount of Rs 50,000. Here’s a five-point guide on what to expect from the updates ZS ahead of its launch:

You immediately notice from the front that the ZS EV will get cleaner styling with the faux front grille removed, and the bumper being minimalist. It gets the Astors headlights and tail lamps, a new alloy wheel design as well as a distinct rear bumper. As for the body shades on offer, you get black and grey as new options, with red, and white being retained. Sadly the trademark blue from before gets the axe.

The updated ZS EV’s cabin will get quite the overhaul with the dashboard layout pretty much a straight lift from the Astor. Rear seat occupants now get rear AC vents and an armrest. It comes with most of the Astor’s bells and whistles including  a digital driver’s display, a larger 10-inch touchscreen infotainment system, and a 360-degree camera. The likes of Android Auto and Apple CarPlay, automatic climate control, connected car tech, cruise control, a powered driver’s seat, panoramic sunroof and auto headlights and wipers will be retained.

Well yes, but actually no. Contrary to earlier reports, only select bits like blind spot warning and rear parking assist will be present in the updated ZS EV.

The biggest change will be under the hood. While it will retain its 143PS electric powertrain, there will be a larger 50.3kWh battery pack in place of the  44kWh unit from before. This should translate to better range than the pre-facelift model’s 419km (claimed). MG is also offering ZS EV customers free charging services until March 31.

The 2022 MG ZS EV will be offered in a fully-loaded Exclusive trim, initially, but our sources suggest the base-spec Excite trim from before could be reintroduced at a later stage. Considering the upgrades being offered, it will  be priced at a premium over the current top-spec EV that retails at Rs 25.18 lakh (ex-showroom). The MG EV will renew its rivalry with the Hyundai Kona Electric which is also slated to get a midlife refresh soon.