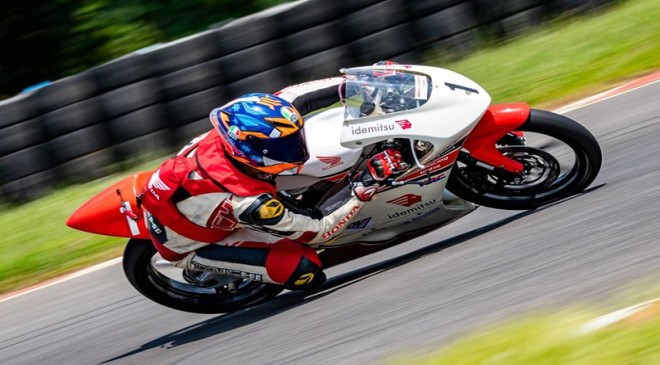 The reigning Honda India Talent Cup champion will be part of the 20-rider grid for this year’s Asia Talent Cup.

Kavin Quintal will make the step up to international racing, joining the 20-strong grid for the 2022 Idemitsu Asia Talent Cup. The 16-year-old from Chennai is part of Honda’s rider development programme in India and just recently won the 2021 Idemitsu Honda India Talent Cup (NSF250R).

Quintal kicked off his professional racing career in 2017, competing in the Stock 165cc category of the national championship. In February 2019, he caught Honda 2Wheelers India’s eye after participating in the Idemitsu Honda Talent Hunt.

As part of the Honda India racing roster, he’s been racing the Moto-3 spec NSF250R for three years now. He finished second in the 2019 and 2020 editions of the Honda India Talent Cup. With some more experience under his belt, he finally clinched the title this year after successfully defeating Sarthak Chavan.

“It was my dream to make my name in the world of racing. For me it is an honor to be a part of Idemitsu Asia Talent Cup surrounded by well-seasoned riders,” said Quintal. “Having been riding the NSF250R for three years now, I, along with the support and guidance of my mentors, have worked hard on improving my performance to be able to tame the track. As the solo Honda rider from India, I will work hard with the team and do my best in every race.”

A total of six riders from India were shortlisted for a chance to compete in the 2022 Idemitsu Asia Talent Cup – Quintal, Sarthak Chavan, Rakshith S Dave, Geoffrey and Shyam Babu, and Varoon S. Out of them, Quintal was selected to be part of the final grid.

A total of 20 riders, hailing from seven countries, will compete in this year’s edition. Twelve races will be held across six rounds, and the opening round will be held as a support event for the MotoGP Qatar race on March 4-6.

The Idemitsu Asia Talent Cup is run by Dorna, the organisers of the MotoGP world championship, and is supposed to provide young racers from Asia and Oceana the opportunity to make their first steps on the road to MotoGP.