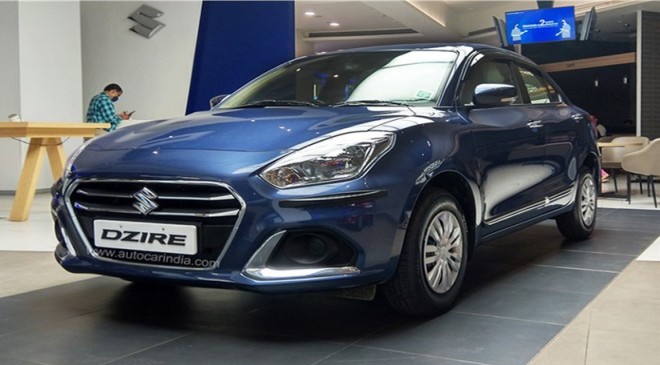 Dzire CNG will come with the K12M 1.2-litre DualJet engine; expected to be sold in multiple variants.

Maruti Suzuki is on a roll, with back to back new and updated model launches this year. We are told that the next model in line will be the popular Dzire. While there may not be any major cosmetic updates to the model, Maruti Suzuki will add a CNG option that was sorely missed on the compact sedan. Expect price announcement for the Dzire CNG to take place in the coming weeks.

Maruti Dzire CNG: What do we know so far?

The Dzire is currently available with a K12 M DualJet petrol engine and will be the second model in Maruti’s stable, after the recently launched updated Wagon R, to get a CNG option mated to this powerplant.

Coming to variants, this is the first time the Dzire will be offered with a CNG option to regular customers, as opposed being available only to fleet buyers earlier. As reported by us earlier, Maruti will be introducing more CNG cars in India and is expected to have one for almost every model in its range in the near future.

The Maruti Dzire CNG will rival the Honda Amaze CNG, Hyundai Aura CNG and the Tata Tigor CNG in India.

In the last few months, Maruti Suzuki has introduced the new Celerio and Baleno, and the refreshed Wagon R in our market. The next launch will most likely be the Dzire CNG, following which could be the Swift CNG. These will be followed by the refreshed Ertiga and XL6 MPVs, an all-new Brezza compact SUV, a Creta rivalling SUV with Toyota, and also an all-new Alto hatchback, all expected to launch this year. The Jimny could also make its way into Maruti Suzuki showrooms sometime next year.