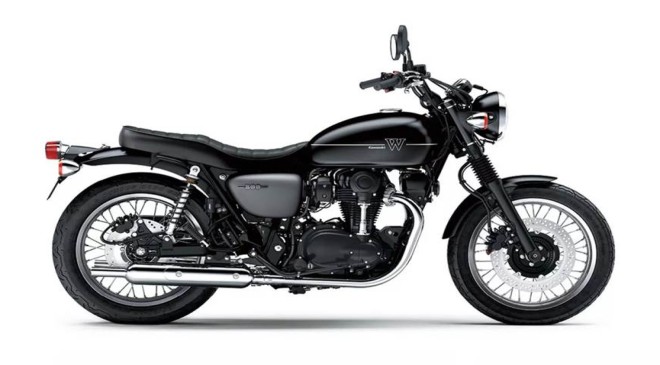 Listen to this Article

Rishaad Mody talks about his undying love for the Kawasaki W800

I’ve been deeply infatuated by the Kawasaki W800 since I rode it in late 2020. Since then, I’ve experienced exquisite Italian superbikes, humongous American tourers, magnificent super-ADVs, and yet, my daydreaming brain keeps going back to this almost archaic Kawasaki.

It really makes no sense. This is a motorcycle with switchgear that looks like it came off a commuter motorcycle from the 1990s. It launched in India with MRF tyres that you literally could find on commuter motorcycles, and yet it costs Rs 9.2 lakh on road in Mumbai. That’s Triumph Street Twin money and it certainly doesn’t feel as expensive.

Fed up with W800’s incessant haunting of my subconscious, I called Kawasaki, asked if I could borrow one for a couple of days in exchange for a column in the magazine. Any publicity is probably good for a bike that has hardly sold, so Kawasaki very kindly lent me the bike.

The 150km ride back from Kawasaki’s Chakan plant reminded me that you’d be a fool to chase speed on this motorcycle. Sure, there’s plenty of performance with a 6.1sec 0-100kph time and an indicated top speed of about 180kph, but that’s just not what it’s about. Besides which, the motor produces a significant judder between 80-120kph, you’re perpetually hunting for a sixth gear and the suspension feels low budget. All things to normally be unhappy about, but the W beautifully convinces you into chalking this down to ‘character’.

No, it’s when you slow down that this bike becomes absolutely divine. I have never experienced smoother, more natural on-off transitions for the throttle and clutch on any other modern motorcycle. The zone between 1,000-2,000rpm is food for the soul and it’s almost as if the bike breathes through perfectly tuned carburettors – it’s fuel injected, like everything else these days. To get this sort of old-world connection is almost unheard of in the Euro 5/BS6 era, and it’s delivered with a thrummy exhaust burble that feels straight out of a classic movie.

This second encounter has opened my eyes to what I love about this motorcycle. It’s a flawed yet deeply soulful machine – a complete oddity in this age of exceedingly refined and, thereby, somewhat inert feeling motorcycles. The latest Triumph modern classics with their 270-degree crankshafts, liquid-cooling and ride-by-wire can’t hold a candle to the wonderfully warming and organic feelings the W800 generates and the same goes for the RE 650s.

In the nine odd years I’ve lived in Mumbai, I’ve never wanted to go out for a ride without an agenda, be it for an errand, a meal, or simply in the quest for better roads outside the city. The W is the first motorcycle I look forward to riding within the city just for the sake of riding, despite Mumbai’s chaos and depressing road surfaces.

I will always love fast motorcycles, but speed is becoming an increasingly lethal drug on our roads. The W proves to be the ultimate antidote, to both that, and the inescapable technology that has come to dictate our lives. I am now convinced that I would love to own one someday as a second or third bike – simply as a reminder of what motorcycles could, can and should make you feel as we hurtle towards a soulless future of motorcycling.