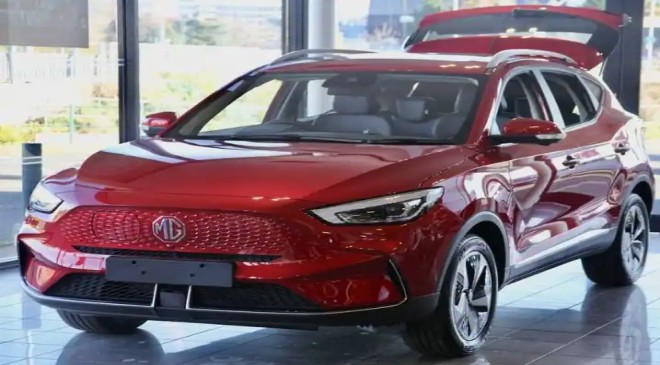 The ZS has originally launched two years ago and has been one of the first EVs to be successful in terms of sales along with establishing the EV market in India.

New Delhi: MG has launched its new ZS EV in India with a starting price of Rs 21.99 lakh. The ZS has originally launched two years ago and has been one of the first EVs to be successful in terms of sales along with establishing the EV market in India.

This is the all-new version with styling updates, more range, and added features too. Styling-wise you can see the facelifted ZS EV looks closer to the Astor (the petrol version) but gets EV-specific details like a front covered grille along with a sharp front bumper.

The charging socket is now to the left of the MG logo. The new ZS gets LED headlamps with DRLs, new 17-inch alloy wheels along with a new rear bumper, and new tail lamps. There are enough styling changes to make it look different from the current ZS. The bigger change is on the inside with a new look dashboard with a bigger touchscreen plus a digital instrument cluster.

The touchscreen is a new 10.1-inch HD screen with all usual features like smartphone connectivity and more. There would be automatic climate control, a panoramic sunroof, a 360-degree camera, a digital key-operated via Bluetooth, a rear armrest, and rear AC vents too.

Some of the controls are also changed for the dashboard and are similar to the Astor. Like MG SUVs like the Astor and like earlier, there are also ADAS features on offer with ZS. There is also the iSmart feature with over 75 connected car features onboard plus special services/apps too via its Caap platform.

Now talking about the battery and range, there is a bigger battery pack now with the ZS having a 50.3 kWh battery pack. This means the official range is 461 km. The electric motor makes 176PS.

MG has also said that it will introduce 1000 AC type 2 fast chargers at residential localities across India while there would be 5 ways to charge the car in total with an onboard charging cable. The battery has an 8-year warranty. Stay tuned to our review soon.