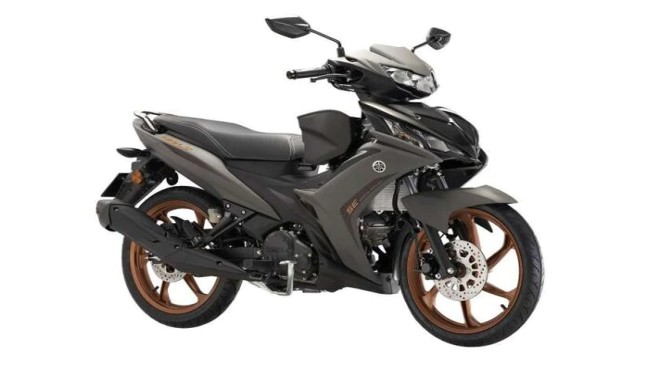 The Jupiter 135LC even packs more features than its naked cousin

The Malaysian wing of Yamaha has launched the updated version of its popular underbone, called the Jupiter 135LC. For 2022, the Japanese company has made some aesthetic and technical updates to keep up with its competition.

The 2022 Yamaha Jupiter 135LC has undergone subtle design changes to make it appear more aggressive. Right from its LED headlight and DRLs to its taillight, everything has been redesigned. The taillight now appears to be straight off the Yamaha YZF-R15 V4.

On the features front, Yamaha has equipped the 135LC with a new LCD instrument console. Unfortunately, it doesn’t have the Y-Connect or the Connect-X Bluetooth module. The Jupiter 135LC, however, gains a new USB charger at the front and even a storage compartment.

The 2022 Yamaha 135LC retains its suspension setup consisting of a telescopic fork and a monoshock. However, the braking hardware has seen an update in the form of a disc brake at the rear, replacing the drum unit from the previous model. Yamaha has also fitted the with a bigger 4.6-litre fuel tank. All the updates have made it heavier by 4kg, with a kerb weight of 109kg.