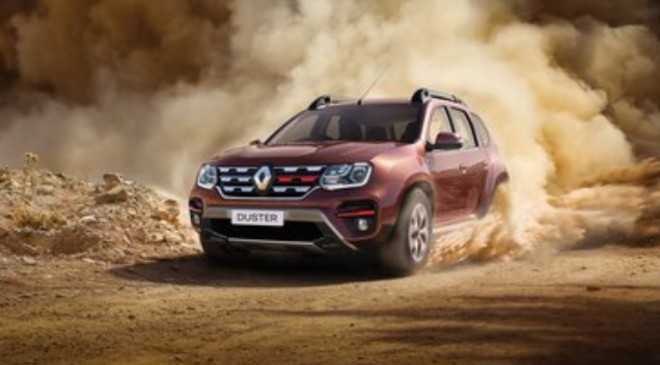 The iconic trendsetter could return in a fresh avatar to take on the Hyundai Creta.

It was Renault’s Duster that kick-started the midsize monocoque SUV trend in India. Unfortunately, it was also Renault who didn’t replace or evolve the Duster sufficiently, allowing the competition to run away with the market. All this could change if the brand’s plans to introduce the next-generation Duster here take hold. And it won’t be just a new car; along with the Renault Duster will come the new CMF-B platform on which it is built.

Production of the iconic Duster may have come to an end in our country after nearly a decade, but Renault India clearly isn’t done and ‘dusted’ with the sub-brand yet. Far from it. In the works are plans to introduce the all-new 2023-’24 Duster, an SUV that insiders say will deliver cutting edge styling, a high price-to-feature ratio and enough new-age tech to take on competition. Whereas the earlier car was based on the B-Zero platform that underpinned all manner of cars, from the Logan, Lodgy and Captur, the new one is built on a fresh platform that shares absolutely nothing with the original.

Next-gen Renault Duster is based on the CMF-B platform

Based on a platform known as CMF-B, the new Renault Duster is actually built on a on a lower spec version known as the CMF-B LS (lower spec). Similar in concept to Volkswagen’s MQB A0-IN platform that underpins the Kushaq, Slavia, Taigun and Virtus, the LS version is more affordable and has been tailor-made for conditions and requirements in developing markets. Like VW’s platform for India, this one too will be optimised by smartly adding and removing tech as and where needed. That said it will conform with global safety and emission norms, and is likely to come with hybrid powertrains to help give the Duster the efficiency of a diesel, something that’s been missing since Renault stopped making diesel cars in India a few years ago.

People we spoke to at Renault also say the company is keen to make sure the third-generation Duster remains true to its affordable but capable legacy. Whereas the design is likely to echo the earlier Duster and carry some modern details like the ones seen on its sister car, the Bigster, the new SUV is likely to have a character of its own. Features likely to be carried over include the big flared wheel arches, squared off fenders, an integrated headlight and grille and, of course, that much loved off roader like stance. Renault India, however, is likely to evaluate the cost benefit of bringing a 4X4 system to India; only a small percentage of earlier-gen Dusters sold in India were 4X4s. Still, it’s an essential element of the car’s DNA, so it will be a toss up.

Next-gen Renault Duster: a lot hinges on it

While the new Duster has yet to be signed off for India and the decision to go ahead has yet to be made, company insiders have confirmed it is the SUV being actively evaluated for launch in India next. What has worked in Renault’s favour is that the company has done well in India last year. It sold almost 1,00,000 cars here, the brand is getting stronger and it is now the leading European car maker in India.

Fabrice Cambolive, SVP, sales and operations, Renault, seemed quite bullish. “On the whole, I think we have the capacity to come into this segment and we are preparing our financials and analysing this for the coming years,” he said. Also, if Renault goes ahead with the CMF-B LS platform in India, alliance partner Nissan will also have to be part of the plan, helping to share costs and development responsibilities. And this could lead to a whole family of cars from both brands, and possibly even Mitsubishi at a later stage.