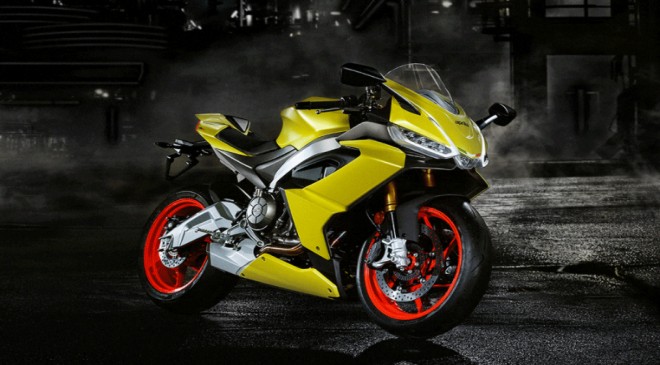 – RS660 gets stars and stripes colours

– More expensive than the standard variant

Aprilia has just unveiled a limited edition RS660. This variant gets the stars and stripes paint job and is limited to just 1500 units worldwide.

This limited edition was designed to celebrate the Italian brand’s success in AMA National Road Racing Championship. The brand decided to give it more than an aesthetic upgrade. This special RS660 gets a gearbox with inverted shift patterns –push down for upshifts and push up for downshifts – a feature that we see on all race bikes. The other upgrades have come in the form of an enlarged fairing for improve air flow and a rear seat cowl.

In terms of performance, the Aprilia RS 660 remains the same. The 659cc liquid-cooled parallel-twin motor makes around 100bhp at 10,5000 rpm and peak torque of 67Nm at 8500rpm. The bike comes with APRC, multiple riding modes and fine braking system. The Indian arm of Piaggio launched the Aprilia RS660 along with its naked cousin last August but at a price that made it two of the worst priced motorcycles that were ever launched in India.