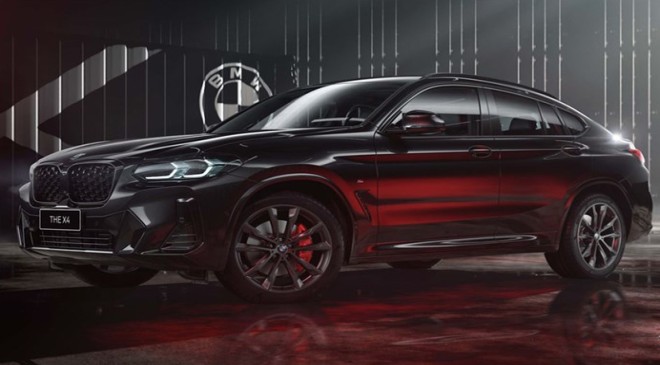 The BMW X4 received a facelift internationally last year, and the SUV coupe has now been launched in our market, prices starting at Rs 70.50 lakh (ex-showroom, India). Bookings for the refreshed X4 have been officially open on BMW India’s website for a few weeks now, with the booking amount set at Rs 50,000.

Seeing as the X4 is an SUV Coupe derivative of the X3 facelift, it features many of the same styling changes on the outside, giving it a refreshed overall look. Among the changes are larger kidney grilles, slimmer LED headlight, new bumpers at the front and rear as well as a sleeker and more sculpted set of tail-lights.

BMW is also offering the new X4 in the Black Shadow Edition guise, which brings with it an all-black paint, and gloss accents on the grille, wing mirrors, exhaust pipe and wheels in the same shade. This is in the same vein as the Black shadow editions of the 2 Series and X7.

On the inside, the cabin features a largely similar layout to the pre-facelift model. However, there are a few significant changes, such as the larger 12.35-inch, free-standing touchscreen infotainment system (up from the older model’s 10.25-inch unit), along with re-shaped central AC vents and updated switchgear.

Under the hood, the new X4 is available with a 2.0-litre four-cylinder turbo-petrol engine that puts out 252hp and 350Nm, as well as a 3.0-litre in-line six-cylinder diesel engine that develop 265hp and 620Nm. Both engines are paired to an 8-speed automatic gearbox and get BMW’s xDrive all-wheel drive system as standard.

Given the SUV coupe form factor of the BMW X4, its only direct competition in our market comes in the form of the Mercedes-Benz GLC Coupe (priced between Rs 71 lakh and Rs 85.40 lakh).