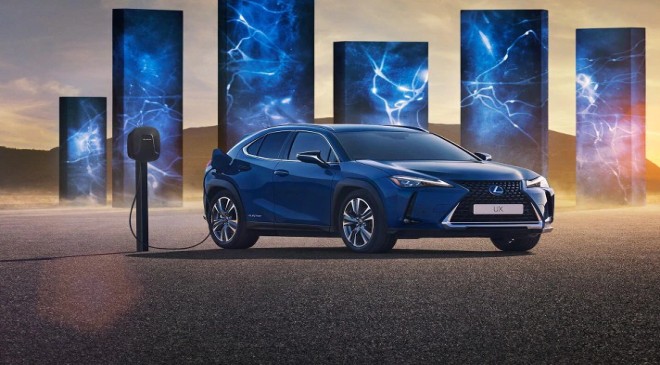 While the limelight for Lexus was all on the recently launched second generation NX SUV, the carmaker has revealed an interesting little detail on its electric future in India: Its first all-electric model, the UX 300e crossover is being tested in the country, and is under consideration for a launch.

Essentially, the UX 300e is the all-electric counterpart to the internal combustion-engined UX, so the obvious difference would be under the hood. For reference, the electric motor on the model sold abroad delivers 204PS and 300Nm to the front wheels. That is enough for a 0-100kmph sprint in 7.5 seconds, with a top speed of 160kmph.

Coupled with a 54.3kWh battery pack, the electric crossover WLTP-claimed range from 305km to 315km on a single charge. Speaking of charging, a 50kW rapid DC charger gives a 0-80 percent charge in 50 minutes.

From the outside, you’ll be hard-pressed to find any difference between the UX 300e and its internal combustion-engined counterpart. Like most modern Lexus models it has that traditional spindle front grille which dominates the face. But what catches our eye are the front fenders which protrude quite a bit to give off that sporty crossover look. The crossover proportions are clear to see with sharp character lines all over. Making up the sporty quotient is a sharp rear end, featuring connected tail lamps.

Inside, you’re treated to a raft of features including a  10.3-inch touchscreen infotainment system with Android Auto and Apple CarPlay, a 7-inch digital driver’s display, a 13-speaker Mark Levinson sound system, a heated steering wheel, as well as front and rear heated seats.

For passenger safety, aside from eight airbags, the UX 300e also comes with the Lexus Safety System+ Suite of driver assists, including  dynamic radar cruise control, pre-collision system, adaptive high beams, lane tracing and departure assist, as well as road sign assist. That being said, we’re yet to know if all these safety features will make it onto the India-spec model.

While the Lexus UX 300e is undergoing testing, we’re yet to know when it will arrive in India. We expect it to happen sometime towards the end of 2022 at prices starting from Rs 60 lakh (ex-showroom India). It’s main rival will be the Volvo XC40 Recharge, which is also due a launch in India soon.