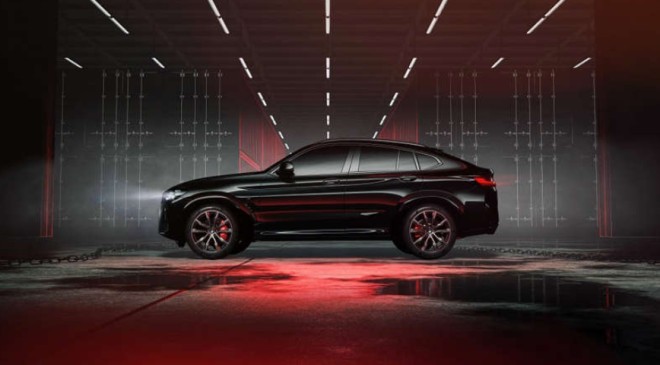 The new BMW X4 has been launched in India with refreshed design elements, added equipment and features. Locally produced at BMW Group Plant Chennai, the new BMW X4 will be available in diesel and petrol variants at all BMW dealerships across India at following ex-showroom prices:

The new BMW X4 is available in an exclusive ‘Black Shadow’ edition in limited numbers and is available in Black Sapphire and M Brooklyn Grey metallic paintworks. They are paired with Leather Vernasca upholstery with ‘Black’ decor stitching. M interior trim Aluminum Rhombicledark with highlight trim finisher in Pearl Chrome is standard.

Vikram Pawah, President, BMW Group India said, “The BMW X4 popularised the distinctive Sports Activity Coupe concept in India. It instantly became the vehicle of choice for customers who have a unique style that stands out from rest of the crowd. At the same time, they desire the luxury and performance similar to a sports activity vehicle. And this is the USP of BMW X4! The way it fuses Sheer Driving Pleasure with head-turning looks and sporty adventure is inimitable. Now the new BMW X4 is ready to continue this status in its segment with a refreshed exterior and an attractive profile with multiple technology features. Its forever bold persona will make a statement that’s impossible to forget.”