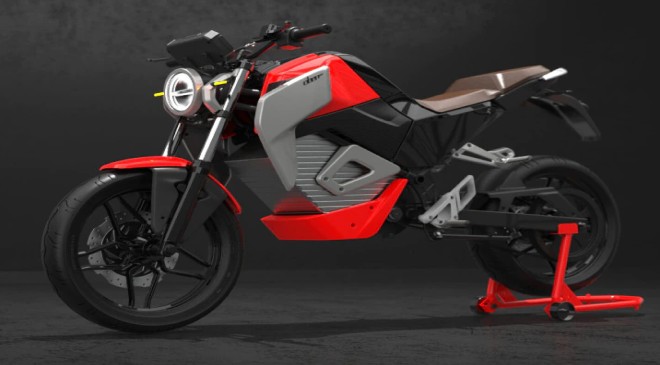 Bengaluru-based Oben EV has announced that it’s first product, the Rorr, will debut on March 15. The company also intends to launch three more products over the next two years.

So far, Oben EV has released a digital render of the bike, and it looks pretty sleek, featuring minimal body panels. The startup has also revealed the instrument console of the Rorr, and it’s an LCD unit that offers smartphone connectivity via the Oben app.

Technical details are scarce at the moment: however, we know that the Oben Rorr will feature a mid-mounted motor with a final belt drive. The company claims that the bike has a range of 200km, but this figure applies to ideal riding conditions, so the real-world range will be lower.

Going by the render, the suspension and the braking hardware seem on par with its rivals. However, we’ll reserve our judgement till the specifications are announced.

The Oben Rorr could be priced at around Rs 1.2 lakh (ex-showroom, including subsidies). The upcoming electric bike will go up against the Tork Kratos (Rs 1.02 lakh onwards) and the Revolt RV400 (Rs 1.25 lakh, without subsidies).

Once a niche category, the electric motorcycle segment is finally starting to gain ground among the masses, slowly (and we hope, steadily).