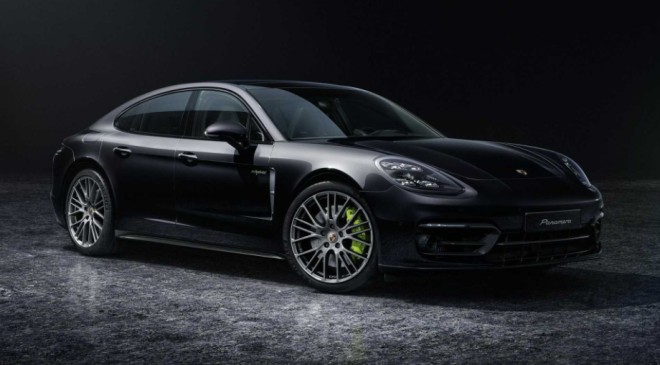 The plug-in hybrid model is said to get a larger battery for better electric range.

With the Taycan being a huge commercial success, fans of combustion-engined cars had been worried the Panamera would suffer the same fate as the Macan. Porsche is expected to sell the sporty crossover and a completely different electric version for a couple of years before giving the ICE model the proverbial axe. Rather than updating the current Panamera as it’s been doing with the Macan, the peeps from Zuffenhausen are working on a next-gen car.

It was spotted a couple of weeks ago as a camouflaged prototype looking oh-so-familiar, but Autocar believes there are quite a few changes in tow. Codenamed “972,” the performance liftback is said to gain more powerful 2.9-liter V6 and 4.0-liter V8 gasoline engines with mild-hybrid tech. Speaking of electrification, the PHEV model will use a “heavily revised” powertrain shared with the next Cayenne.

All the “E-Hybrid” models planned for the third-gen Panamera will benefit from updated engines and electric motors. These PHEVs are also going to have a bigger battery pack to deliver “significantly more” range with the combustion engine turned off. In addition, the British magazine has it on good authority the revamped Panamera is getting improved software to enable quicker charging rates.

Each and every variant is said to pack more punch, while details about interior tweaks are shrouded in mystery. As it’s usually the case with a luxury automaker, Porsche will probably find a way to cram even more tech inside the 2024 Panamera, with the report stating the infotainment will receive 5G support.

Don’t expect to see the overhauled model anytime soon as Autocar believes it won’t be officially introduced until Q3 2023, with sales to commence by the end of that year or early 2024. Hopefully, the Sport Turismo wagon will live to see another generation.