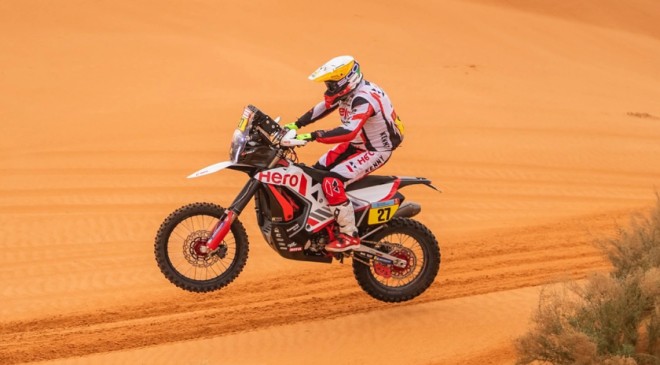 – Joaquim Rodrigues bags the sixth spot in the overall ranking

– Abu Dhabi Desert Challenge was second round of the W2RC

Hero MotoSports Team Rally has concluded the Abu Dhabi Desert Challenge with two of its three riders securing the top-10 position. This is the second round of the FIA-FIM World Rally-Raid Championship 2022, which will be followed by Andalucia Rally, Rally Kazakhstan and Rallye Du Maroc as the remaining races to end the contest.

Franco and Ross both suffered a brutal crash but held their mantle and delivered commendable pace throughout the sand dunes of Abu Dhabi. All three riders munched 209kms in the fifth stage and clocked 1300km of total race distance.