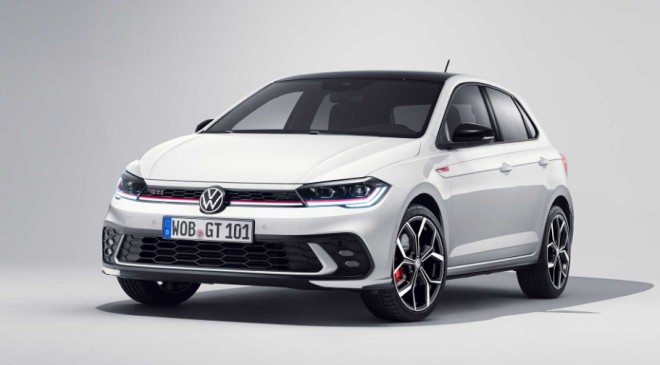 With the current-gen Polo’s production ending soon, VW’s India chief has ruled out local manufacturing of the new Polo but has hinted the GTI hot hatch version could be imported in limited numbers.

The Volkswagen Polo GTI hot hatch was first introduced in India in late 2016, and odds are that the moniker could make a comeback to our market. Though the India production of the Polo, in its current form, has ended, the newer sixth-gen Polo that’s currently on sale abroad could be introduced to Indian buyers as a full import in 200hp-plus GTI form. Though Ashish Gupta, brand director of VW India, ruled out local production of the latest Polo, he did drop a hint that that company was evaluating the launch of the GTI in limited numbers.

When launched over five years ago, the fifth-gen Polo-based GTI was priced at Rs 25.99 lakh. Introduced in a three-door body style, the hot hatch packed in a 192hp, 1.8-litre TSI turbo-petrol engine that gave it a top speed of 233kph and a 0-100kph time of a claimed 7.2sec.

Brought in limited numbers as a CBU (completely built-up unit), the Polo GTI saw brisk sales after the price was slashed by a full Rs 6 lakh, following a revision in tax rates with the implementation of GST in mid-2017.

In recent years, the German automaker has seen success with other limited volume, high-price imports as well, including the T-Roc (launched at Rs 19.99 lakh, and later marked up to Rs 21.35 lakh) and the Tiguan Allspace (introduced at Rs 33.12 lakh) SUVs. Price, then, no longer seems to be a constraint these days, especially in case of brands with a strong global recall value.

As such, Volkswagen India is mulling the launch of the new Polo GTI under the government’s 2,500-unit homologation-free rule for CBU imports.

Though Volkswagen has continued selling the PQ25 platform-based, fifth-gen Polo in India over the years, the hatchback moved to the company’s modern MQB A0 architecture for global markets, with a full generation change in 2018. This also saw VW drop the three-door form factor from the Polo range.

This international-spec model got a further refresh in 2021, which brought its design and styling in line with its larger sibling – the Golf. The latest GTI version of the hatch is powered by a 204hp, 2.0-litre TSI mill, which brings down the 0-100kph time to a claimed 6.5sec. Power is still transmitted to the front wheels via a 7-speed DCT auto gearbox and an electronic differential.

While the prospect of importing the new GTI is exciting, what will surely be a disappointment to the large base of Polo fans is confirmation that the new Polo, in the more affordable standard guise, won’t be manufactured in India.

As consumers’ interest shifts towards SUVs, the market for other model types has shrunk, and VW has made it clear in the past that its focus lies first in its ‘SUVW’ strategy, which has, more recently, seen the brand introduce the Taigun and the locally assembled Tiguan SUVs.

Moreover, government regulations have also severely affected the hatchback category, commented Ashish Gupta. “The sub-4m rule is basically killing the segment. It’s virtually impossible to make a business case for global products, and bring them under the sub-4m class. So, it’s definitely a challenge for all manufacturers who don’t have India-specific products,” he said.

While the earlier Polo easily ducked under the 4m mark, the latest model stretches the tape at 4.053m. This will translate into a higher tax band for the model, potentially pricing it out of the segment. Shortening the overall length to under 4m isn’t viable either. Snipping what may seem a miniscule 5cm involves re-engineering the bumpers, developing new production tools and undergoing fresh crash test validation, which is a very costly exercise.

“It’s virtually a new (product) development. Then it wouldn’t make a business case for us, and more importantly, for the customers,” commented Gupta.

What do you think about VW re-introducing the Polo moniker in India, even if it’s in the form of the imported GTI model? Let us know in the comments below.