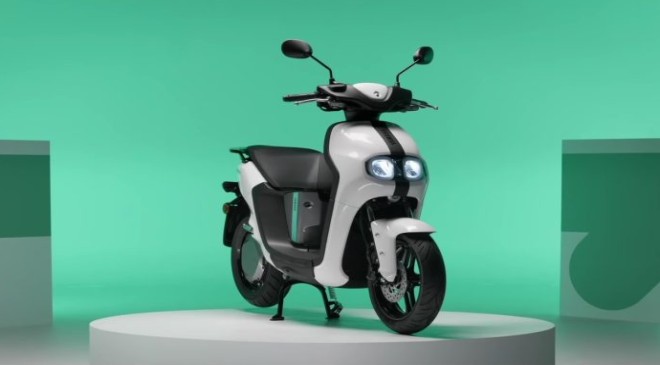 – Claims to offer a maximum range of 37.5km (from one battery pack)

The Yamaha Neo’s looks quite compact. Its fascia houses twin LED headlights and is distinctive too. However, unlike the EVs we see in India, the Yamaha Neo’s gets a fairly conservative design.

It’s powered by a 2.03kW motor paired with two removable lithium ion batteries. Yamaha claims that Neo’s can clock 37.5 km using one battery and the average charging time is around 8 hours. The top-speed is limited to a meager 40kmph. These figures should make it good for city runabouts only.

On the feature front, the Yamaha Neo’s gets LCD with smartphone connectivity giving the rider access to battery status, route tracking, calls and messages.

Yamaha has more plans with its electric scooter lineup since the E01 concept is also in the pipeline. As of now, it’s being tested on a public sharing platform in Europe and will debut in 2025.