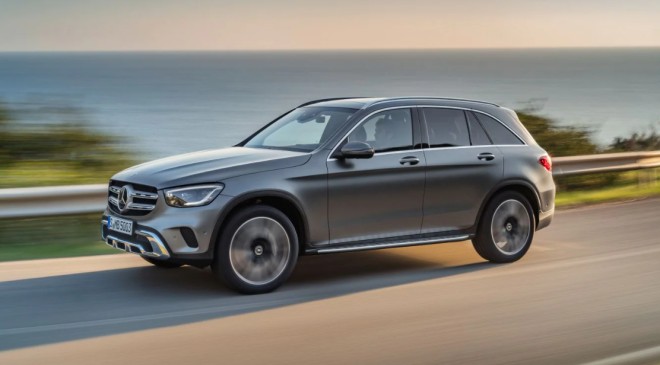 We have a fresh spy video of prototypes, too.

In just the last few days, we’ve seen the next Mercedes-Benz GLC-Class lose its heavier camouflage coverings for a thinner wrap that doesn’t hide much. For that matter, we also had a fleeting glance of a test vehicle completely exposed, though we could only see a portion of the passenger side.

However, the sightings were enough for rendering artist Nikita Chuiko at Kolesa to create a preview of the new SUV. Unofficial renderings depict the forthcoming GLC-Class from the front and rear, highlighting expected changes to the fascias as well as the lights. It’s certainly an evolutionary approach as opposed to shaking up the formula, though the modest exterior redesign hides more significant updates underneath. Among other things, the new GLC-Class should be slightly larger than the outgoing model, so it’s not just a simple reskin.

In addition to renderings, fresh spy video captures prototypes in the snowy north, trying to wrap up winter evaluations before warmer weather arrives. These vehicles are wearing heavier camouflage coverings versus the thin logo wrap caught recently in photos, so at a glance, we don’t see as much detail. However, the video does give us a taste of the SUV in action. And in some instances, light reflecting off the camo wrap reveals body lines not seen otherwise.

The next-generation GLC-Class should borrow heavily from the C-Class when it comes to engine options. Internal-combustion power will likely be the domain of turbocharged four-cylinder engines and yes, that includes the eventual AMG models. Naturally, electrification is also on the GLC’s menu with hybrid and plug-in hybrid configurations. The top-dog Mercedes-AMG version could have over 600 horsepower (447 kilowatts) with a hybrid powertrain.

When will the camo wrap officially come off? A specific timeframe is still unknown, but with the automaker now driving prototypes in public wearing a body wrap consisting of Mercedes logos, it’s safe to say a debut is coming sooner rather than later. It will definitely happen before the end of this year, making the next-gen GLC-Class a 2023 model.