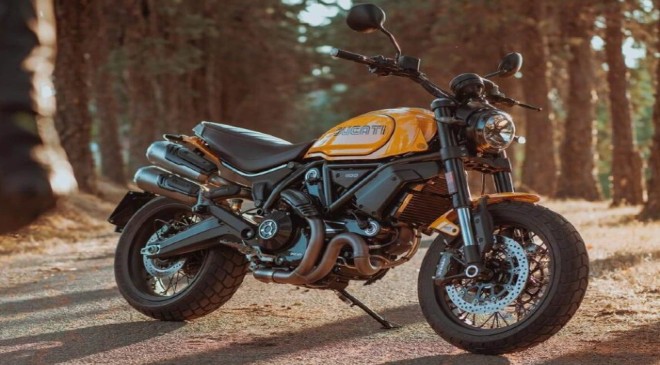 And with the Triumph Scrambler 1200 gone, this Ducati has no direct rival

Ducati has commenced its onslaught in the Indian market this year with the launch of the Scrambler Tribute 1100 Pro that debuted during the 2022 World Ducati Premiere. This is the first of the 11 motorcycles that the Italian manufacturer intends to bring to our shores.

What’s Its Price? Who Are Its Rivals?

The Ducati Scrambler Tribute 1100 Pro has been priced at Rs 12.89 lakh. The only natural rival to this bike is Triumph Scrambler 1200, which was introduced in the limited Steve McQueen edition. With that bike off the market, the Italian scrambler has the more accessible Triumph Street Scrambler (Rs 9.35 lakh) and the niche BMW R Nine T Scrambler (Rs 16.75 lakh) in its crosshairs (all prices ex-showroom).

As the name suggests, the Ducati Scrambler Tribute 1100 Pro pays homage to the original Scrambler that made its debut in the ’70s. Hence, the new bike flaunts the iconic yellow paint job with the old school ‘Ducati’ logo originally designed by the legendary Giorgetto Guigiaro stickered across the tank.

Complementing the paintjob are bits like the circular mirrors, tan brown ribbed seat and the black 18/17-inch (front/rear)wire-spoke rims.

Apart from the aforementioned changes, it is pretty much the same as the standard Scrambler 1100 Pro. It gets the same air-cooled desmodromic 1079cc L-twin engine producing 86PS at 7500rpm and 88Nm at as low as 4750rpm from the standard model. This engine is paired to a 6-speed gearbox assisted by a slip-and-assist clutch.

The Scrambler Tribute 1100 Pro comes with ride-by-wire, and flaunts three riding modes (Active, Journey and City),  Bosch Cornering ABS and traction control. Ducati has even equipped this bike with a USB charger. However, it’s placed rather inconveniently under the seat.

The Scrambler Tribute 1100 Pro relies on fully adjustable 45mm Marzochhi fork, preload and rebound-adjustable Kayaba monoshock to handle suspension duties. Dropping the anchor on this bike are twin 320mm discs paired with Brembo M4.32 calipers at the front and a 245mm disc with a single-pot caliper at the rear.

Despite being in the “big boy league”, the Scrambler tribute 1100 Pro seems to be quite accessible for a variety of riders too. The 810mm seat height, and 206kg kerb weight should make it fairly easy to maneuver for most.

The Ducati Scrambler Tribute 1100 Pro’s pricing, and the lack of a direct rival makes it an alluring proposition for those invested in this genre of motorcycles. And all the retro touches make this Scrambler all the more desirable.