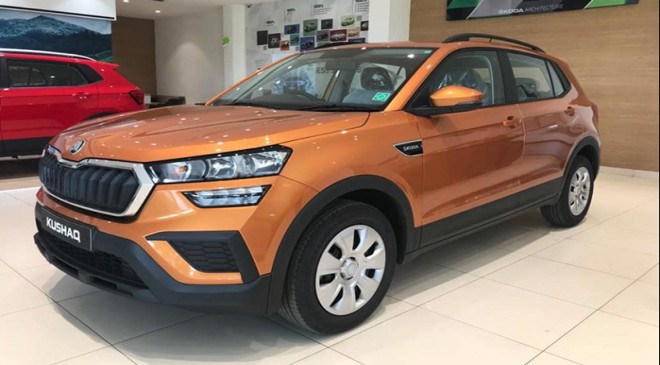 While year-on-year figures are down by 1.86 percent, month-on-month sales are up 2.71 percent.

The Indian automotive industry continues to be affected by feeling the impact of the global semiconductor shortage. Even though the chip shortage situation has improved over last year, the effect of it is expected to continue well into 2022. As a result, most carmakers are struggling to produce the numbers they used to, hence, overall year-on-year (YoY) sales are down by 1.86 percent over last year. However, the month-on-month (MoM) figures have seen an uptick of 2.71 percent in overall sales, and there are some brands that have seen significant growth in sales – owing to newer offerings rather than an improved production capacity.

It comes as no surprise that Maruti Suzuki has topped the sales charts yet again, selling over three times the volume of its next closest competitor. However, despite the impressive month-on-month numbers, car and SUV sales are down by about 5,000 units compared to its February 2021 sales, partially due to the chip shortage, and partially due to customers waiting for new models. Maruti Suzuki is making a major effort to refresh its line-up in India as it has already launched the new-gen Celerio and Baleno, with the updated Ertiga, XL6 and Brezza set to launch in the coming months.

Hyundai has pretty much taken back its second position when it comes to sales figures, after a brief stint in third place when Tata outsold them in December 2021. Hyundai has significantly improved its sales numbers over the last two months from 32,312 units in December 2021 to over 44,000 units in January and February, however, the Korean carmaker’s sales are over 14 percent lower than the same period last year. Hyundai aims to maintain the upward trajectory of sales with its plans to introduce four SUVs in 2022: the new Tucson, Venue facelift, Creta facelift and Kona Electric facelift.

While Tata might have lost the second place slot, the Indian carmaker is still putting in solid sales numbers every month. Despite the slight drop in month-on-month sales figures (1.95 percent), Tata has seen a substantial 46.85 percent growth over its February 2021 sales. Tata’s strategy of constantly updating its models – like with the recent updates to the Nexon and Safari – as well as launching special edition models (like the Kaziranga Edition SUVs) appears to be working well for the brand.

The Indian SUV specialist – Mahindra – has a lot to be proud about this month when looking at its sales figures as not only has it increased over last month, (up by 38.56 percent), it has also massively improved on its February 2021 sales (up by 79.73 percent). In fact, demand for new Mahindra models like the Thar and XUV700 is high enough to warrant waiting periods that stretch into months.

Kia has seen plenty of success in our market since it entered with models like the Seltos and Sonet, and has consistently posted strong sales figures. The latest addition to Kia’s range – the Carens – will also look to bolster the brand’s sales performance, seeing as it has already garnered over 50,000 bookings since launch and has a waiting period that extends beyond five months. While Kia has seen a 6.2 percent decline in sales over last month, its YoY sales are up by over 8 percent.

Demand for Toyota’s current range of cars and SUVs doesn’t seem to be as high as it used to, with YoY figures being a substantial 37.87 percent lower than what they were in February 2021. At least there is some growth over last month’s sales – 7,328 units (up by 19.34 percent). The Maruti Suzuki-derived Glanza and Urban Cruiser continue to account for a big chunk of the Japanese carmaker’s sales, with the Innova Crysta and Fortuner bringing in customers.

Honda doesn’t have the most up-to-date line-up in our market, with the exception of the fifth-gen City sedan. This has had an impact on the demand for its cars as Honda has only managed to sell 7,187 units this month, which is considerably lower than January 2022’s 10,427 units (down 31.07 percent). Even compared to last year’s sales, Honda is still down by over 22 percent. The carmaker is working on a Hyundai Creta rival that is expected to arrive in India next year.

Sales numbers for Renault aren’t very encouraging right now as the carmaker is not only down on its MoM sales (by 19.10 percent), but has also sold 40.52 percent less cars than it did for the same period back in 2021. Its line-up currently consists of the Kwid hatchback, the Triber MPV and the Kiger compact SUV, with the production of the Duster in India recently having ended. However, for the fans of the midsize SUV, there is still hope, as Renault is developing an all-new Duster for India.

MG has had a good month as its sales have improved on last month’s figures (selling over 200 more cars and growing by 5.16 percent), as well as over its February 2021 sales numbers by 4.60 percent. This is due to the demand for its popular models like the Hector and Hector Plus. The carmaker recently also launched an updated version of the ZS EV with fresh styling, a larger battery, a more powerful motor and more tech.

In terms of growth in sales number, no other brand has improved as much as Skoda, going from a meagre 853 units in February 2021 to selling over 4,500 units in February 2022. Its new made-for-India midsize SUV – the Kushaq – has played a critical role in upping the sales numbers. With the recent arrival of the new Slavia midsize sedan, we can expect these numbers to improve further.

Much like its sister brand Skoda, Volkswagen has also benefited massively from the introduction of its latest midsize SUV the Taigun. VW has not only seen an annual growth of over 84 percent, it has also improved on its January 2022 figure by 14.33 percent. The German carmaker also recently debuted the new Virtus midsize sedan that will replace the ageing Vento in May.

Nissan currently only has two models in its India range – the Kicks midsize SUV and the Magnite compact SUV. As things stand, most of Nissan’s 2,456 units monthly sales in India are being driven by the aggressively priced and well-rounded Magnite, with Kicks at the end of its lifecycle. Nissan is over 40 percent down on both its YoY and MoM sales figures.

While Jeep‘s year-on-year sales numbers has dipped (down by 7.52 percent), it has managed to better its January 2022 sales numbers by 18 percent. For Jeep, it is the Compass SUV that is currently driving its volumes, given the niche nature of its only other offering – the Wrangler off-roader. However, Jeep has some big plans for our market with new SUVs like the Meridian and Grand Cherokee set to arrive in India this year.

Seeing as the Citroen brand has been in our market for less than a year, we can’t compare its sales figures from February 2021. However, Citroen has bettered its January 2022 sales by selling 19 additional units of its sole offering in India – the C5 Aircross.