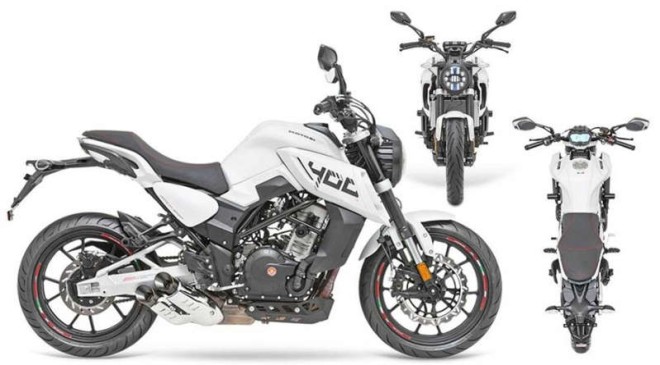 The company’s first modern-era machine is a sporty naked roadster.

Recent years have brought about the resurrection of quite a few motorcycle brands from which we haven’t heard in many, many years. The reason why we could soon be having bikes from the likes of Norton, is largely due to the more affordable production costs from outsourcing to countries like China and India. The latest of the two-wheeler revivals comes in the form of an old Italian manufacturer called Motobi.

Motobi, established in 1950, was founded by Giuseppe Benelli, one of the brothers who founded Benelli, another Italian manufacturer that has made a comeback in recent years. It focused mostly on 125cc and 200cc machines equipped with two and four-stroke motors. Around ten years later, the company faced some financial struggles, and was eventually absorbed by the larger Benelli company in 1962. By the time it closed its doors in 1977, the brand’s portfolio was reduced to little more than 50cc scooters.

© RideApart.com Motobi Makes A Comeback With The DL 400 Naked Bike

After nearly four decades of being under the radar, Motobi makes a comeback under the Leeb Group, an Austrian distributor. The company has unveiled its newest two-wheeler, a naked street bike with aggressive styling. The Motobi DL400 is described as a bike that offers a “sporty Italian design and riding experience.” From an aesthetic perspective, you could certainly say that the DL 400 is a player in the massively popular entry-level sport naked bike scene.

Production for the Motobi DL 400 is in China, and the bikes are exported over to Europe, where it retails for 5,799 Euros, translating to around $6,553 USD. You could say that it looks to go up against the likes of KTM’s 390 Duke. The DL 400 is a bit down in performance, though, as it pumps out 37 horsepower from its 379cc parallel-twin engine.

In Case You Missed It:

As for its underpinnings, the DL 400 gets Bosch ABS on front and rear disc brakes. Suspension duties are handled by an inverted front fork mated to a preload-adjustable rear monoshock mounted to an aluminum swingarm. The bike features a neo-retro style round LED headlight, and a dual-exit exhaust pipe for a sportier aesthetic. The exact date of launch for the Motobi DL 400, as well as the regions it will be made available in, remains to be announced.