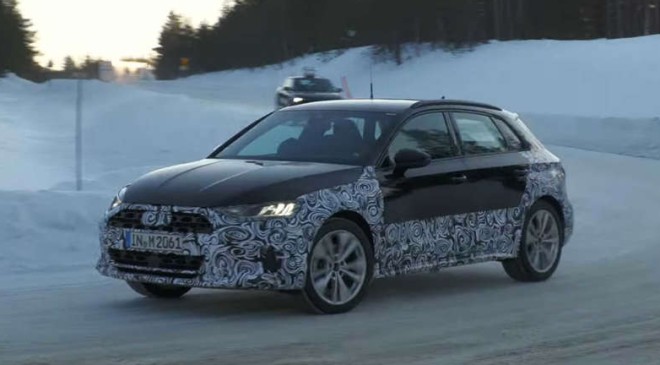 Or could it be the A3 Citycarver?

Allroad. In the world of Audi, it’s the name given to station wagons that sit a bit higher and exude a bit more ruggedness compared to standard versions. The A4 and A6 are the traditional carriers of allroad upgrades, but a few months ago our spy teams found a curiously tall A3. And now, it’s been spotted again on video.

The three-minute clip comes from CarSpyMedia, capturing multiple prototypes enjoying the waning winter days in snowy Scandinavia. The level of camouflage appears the same as our previous sightings, focusing on changes to the front and rear fascias. Camo wrap down low along the sides suggests plastic cladding similar to an allroad is hiding underneath. Look very closely at the wheel arches and you’ll see lines in the camouflage mirroring the opening, exactly as you’d expect with a large trim piece.