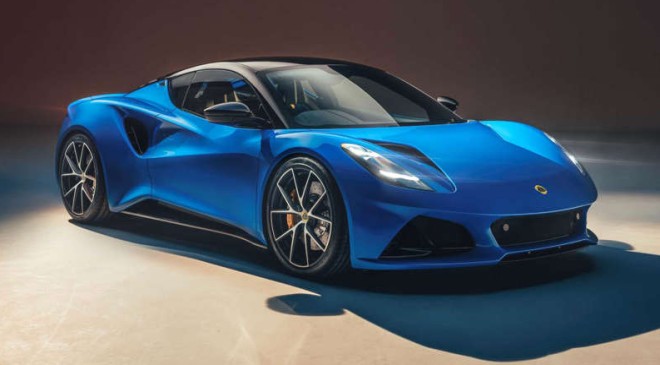 Lotus launched the new Emira at last year’s Goodwood Festival of Speed. However, the company didn’t provide concrete details about the powertrain. That changes today with the announcement that the car’s Mercedes-AMG-sourced M139 turbocharged 2.0-liter four-cylinder from Mercedes will produce 360 horsepower (268 kilowatts). That’s far below the engine’s output in various Mercedes models, where it makes as much as 416 hp (310 kW) in the AMG A45 S.

Lotus says the engine is a “bespoke version” of the M139, which includes hardware designed to aid in integrating it into the car’s mid-mounted layout. However, the company doesn’t say where it lost nearly 60 horsepower.

Lotus likely detuned the engine so it wouldn’t interfere with the more powerful 3.5-liter supercharged V6 that’s also available in the Emira First Edition. This Toyota-sourced engine produces 400 hp (298) and the same amount of torque as the Mercedes four-cylinder – 309 pound-feet (420 Newton-meters). Lotus pairs the 2.0-liter engine with an eight-speed dual-clutch gearbox that powers the rear wheels.

The entry-level four-cylinder Emira will become available starting next spring, with the V6 variant launching in January 2023 for $82,900 (all prices exclude the destination charge). Lotus will release more details about the entry-level models sometime this summer.

The Lotus Emira First Edition with the four-cylinder starts at $85,900. The V6-powered Emira with the manual starts at $93,000. Lotus says the model will begin arriving this fall in the UK. Those customers can start reserving their cars beginning on April 8.