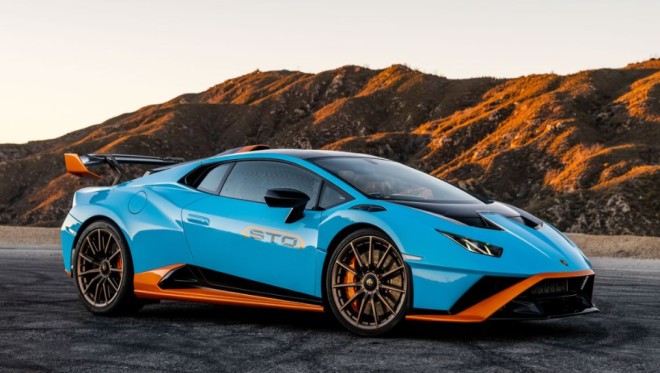 The four cars will be revealed in the coming months, with the Aventador successor confirmed for 2023.

Tucked away in a press release about how 2021 was Lamborghini’s best year ever in terms of sales and profitability is news about fresh products. In the coming months, the Huracan and SUV will each get two new versions to “conclude the age of internal combustion engines.” That may sound alerting, but the peeps from Sant’Agata Bolognese are referring to the end of the line for ICE-only cars.

Following these four products, all new models will be hybridized, with an EV due in the latter half of the decade. Before the first raging bull arrives without a combustion engine, the high-end Italian automaker confirms it will introduce its new V12 machine at some point in 2023. In the meantime, Aventador production is restarting to replace the 15 Ultimae destroyed when the Felicity Ace cargo ship caught fire before ending on the bottom of the Atlantic Ocean.

Lamborghini doesn’t go into any details about the four vehicles scheduled to debut “in the coming months,” but we have a few ideas. On the V10 side, the Huracan will get a high-riding Sterrato version as a follow-up to the namesake concept from June 2019. The other naturally aspirated machine is believed to be a JV Stradale as a more subtle alternative to the wild STO. Both have been spotted undergoing testing in recent months, so we’re not holding our breath for any surprises.

In regards to the Urus, the Super SUV is rumored to get a hotter Evo version with a more potent twin-turbo V8 engine. Since Lamborghini says these arrivals will signal the demise of gasoline-only models, the other version of the LM 002’s spiritual successor might not be the long-promised plug-in hybrid. Perhaps Lambo will also explore the Urus’ adventurous side by coming out with a production version of the ST-X concept. The showcar from November 2018 was an off-road-ish Urus with a quarter of the production model’s weight removed and intended to take part in a single-brand championship.

The V12 Lives, But With A Hybrid Twist:

Further down the line, the Lamborghini EV is expected to arrive in 2028 and take the shape of a four-seat crossover to serve as an indirect resurrection of the Urraco. The second-generation Urus will follow and it’s going to lose the combustion engine.