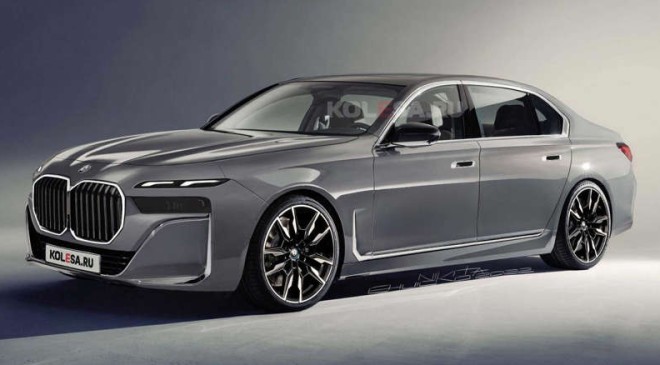 It will debut in full very soon.

The next-generation BMW 7 Series is coming very soon. In fact, a full and official debut of its all-electric version is scheduled for next month and we suppose the combustion-powered models are just around the corner, too. BMW has already teased the luxury sedan on a number of occasions and our spy photographers have caught prototypes on different locations around the world. Based on these preview images and spy photos, Kolesa.ru has assembled two very accurate renderings.

Sure, there’s no way to tell whether this virtual drawing represents the design of the actual car accurately, but judging by what we’ve seen in the spy photos, this is indeed the most detailed preview we’ve had so far. And, honestly, we have good news and bad news. Let’s start with the positive news.

The new 7 Series and the first-ever i7 will take a drastically new design direction compared to the outgoing model. The current 7er is gorgeous, there’s no denying that, but we are getting a little used to BMW’s evolutionary design approach. Judging by these renderings, the new sedan will retain its stately overall appearance but will mix it with a completely redesigned front fascia.

This brings us to the bad news. As you can see, the front-end design already looks controversial with its very slim headlights, to say the least. We are absolutely sure we will get used to it, just like we did with the M3 and M4, though, at least initially, this is going to be a little difficult to swallow.

All said, we are excited to see the next-generation 7 Series. We know its most powerful version will be the all-electric i7 with more than 600 horsepower (447 kilowatts). In turn, the range-topping combustion-powered 760i will have an electrified V8 engine with nearly the same output, but probably slightly less powerful.

A full debut is coming next month when we will know whether this rendering was actually an accurate preview of the new 7 Series.