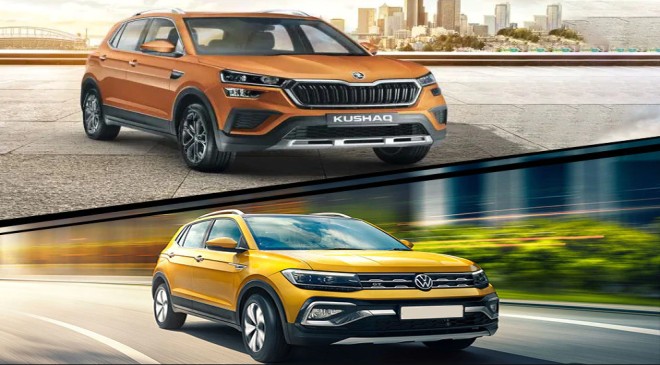 Same underpinnings, same 1.5-litre TSI engine, and same transmission as well. Does that mean the same performance numbers? Well, that’s what we are going to find out

The Volkswagen Taigun and Skoda Kushaq… For the common man, one is a VW and the other a Skoda. But underneath their distinctive top hats, both cars share the same underpinnings, engines, and even the gearboxes. So that should automatically mean that real-life performance will be the same, right?

To find that out, we have the top-spec models with the 150PS 1.5-litre turbo-petrol engine coupled with the 6-speed stick shifter.

Despite using the same powertrain, the Taigun is around 0.4 seconds quicker than the Kushaq in the 0-100kmph run. Even during roll-on accelerations, the Taigun managed to usurp the Kushaq by a whisker. Though differences are minor, we suspect the differences in engine tuning comes down to the fact that the VW is faster.