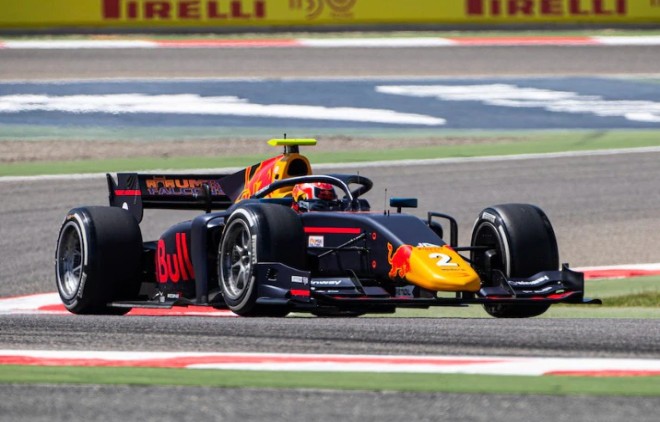 It wasn’t the greatest day in the office for Prema Racing’s Jehan Daruvala, finishing in 14th position at an incident-packed feature race at Bahrain. Things weren’t any better for his teammate and fellow Red Bull junior driver, Dennis Hauger who had to retire from the race due to a problem in the pitstop.

The downward spiral began right from the word go, as Daruvala dropped from his seventh place grid slot all the way to 11th at the end of lap 1. That said, it was more down to the Indian driver starting on a harder compound of tyres compared to those around him, and was playing the long strategy game.

By the halfway point of the 32-lap feature race, Daruvala made his mandatory pitstop for soft tyres and was set to use that pace advantage to make his way up the field. Unfortunately those chances were eliminated before it even materialised, as the Indian driver’s front wings was damaged in an intense battle with the DAMS of Roy Nissany. This forced Daruvala to pit for a new front wing, dropping him to the tail end of the field, scuppering any chances for a good points haul.

Sure, there was a late-race safety car that bunched up the field, but Daruvala only managed to recover up to 14th place at the chequered flag. As for teammate, Dennis Hauger who was running in a points paying position, his race ended in unfortunate circumstances when his front left wheel came off the car after a pitstop error.

Overall, it was a mixed start to Jehan Daruvala’s 2022 F2 campaign considering the second place finish in Saturday’s sprint race, with the Indian driver needing to make up ground to gun for the title.

It won’t be too long of a wait before racing action kicks off again at Jeddah, Saudi Arabia for the second round of the season scheduled to run from March 25-27.