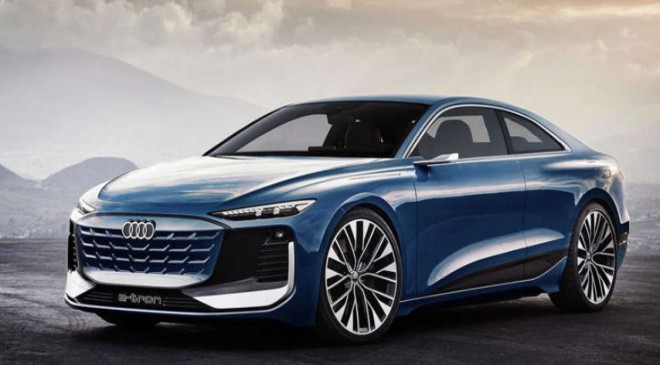 Should Audi build it?

The e-Tron family over at Audi is growing. There are six models to choose from at the moment. These are the e-Tron GT, RS e-Tron GT, e-Tron crossover, e-Tron Sportback, Q4 e-Tron, and Q4 e-Tron Sportback. But given the German automaker’s push for electrification, more EVs are on the way.

Those two concepts should give us a good idea of what the rest of the e-Tron range might look like in the coming years. Digital (re)designer X-Tomi Design recently did a render of what an electric A5 Coupe could be like based on the current design language.

The artist calls this render the A5 Coupe e-Tron Concept. The front end looks like the A6 and A6 Avant e-Tron Quattro concepts. In some ways, it fits Audi’s corporate look, given that the company has been doing that for years. The render also retains the concept’s steeply-raked windshield, and it suits the profile of a two-door.

Things take a more dramatic turn past the A-pillar with the high beltline and low roof, giving it a sleek appearance from the side. Meanwhile, its fender bulges are a nod from Audi models from the past. It’s also interesting that X-Tomi kept the A5’s signature rear window shape for this render. Of course, it’s up to you to decide if the car looks stunning or derivative.

It should be a worthwhile addition to the Audi e-Tron lineup should the automaker decide to build it. However, chances of production seem slim at the moment. Audi did not mention adding an electric two-door in the coming years. Of course, it would be a pleasant surprise if the company greenlights the idea.