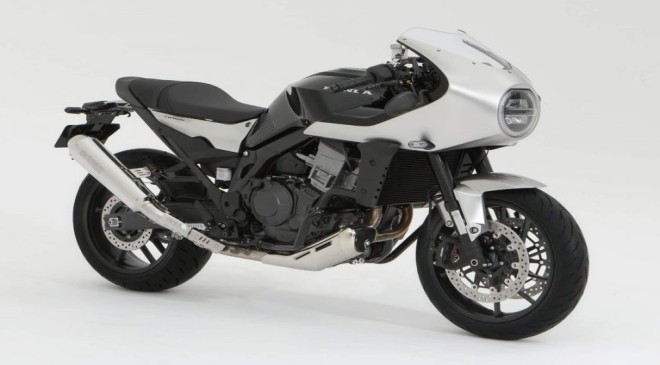 – Powered by a 1082cc engine from the Africa Twin

– Unlikely to come to India

After weeks of rumours and teasers, Honda has finally taken the wraps off the Hawk11 at the ongoing Osaka Motorcycle Show in Japan.

The Honda Hawk11 incorporates a modern-retro café racer styling complete with a bubble half-fairing and round headlamp with LED lighting. It also gets clip-on handlebars and uniquely-position mirrors. The Hawk11 also features a well-contoured fuel tank and a single-piece seat while the rear end is stubby and in line with most other Honda motorcycles. Adding to the café-racer look is the long, chromed-out exhaust pipe that sweeps upwards.

Now, underneath the bodywork is the same 1082cc, parallel-twin engine as the Africa Twin adventure-touring motorcycle and the recently launched NT1100. However, Honda hasn’t revealed figures and we expect it to not stray far from the AT’s 98bhp and 103Nm output, although tuned to suit the café racer. As for the electronic aids, the Hawk11 comes with three ride modes, traction control and engine brake control, and display.

While the Honda Hawk11 will make its way to international markets soon, it is unlikely to be launched in India.