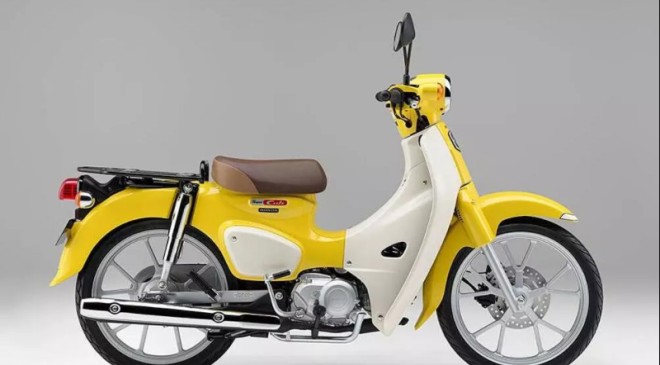 Honda has just pulled the wraps off one of its most interesting two-wheelers – the Super Cub 110. The 2022 version was unveiled at the ongoing Osaka Motor Show.

For 2022, the Japanese brand has given it better aesthetics, revised engine and some new features. The most obvious addition that can be seen is the cool yellow and beige paint scheme. This paint scheme goes well with the grey alloy wheels and brown seat.

The motor that powers this Honda is a new one. The outgoing 110cc single-cylinder motor made just around 7.9bhp. But the new engine is being claimed to be more efficient and also has better torque. The motor continues to be mated to a four-speed gearbox.

The other additions that have been made is the front disc brake and ABS. There’s tubeless tyres and revised instrument cluster. The brand hasn’t revealed the pricing of the Super Cub yet, but expect it to be marginally higher than the 2021 model.