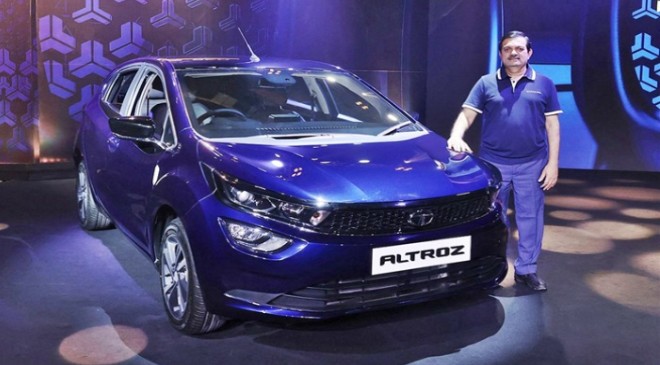 Bookings for the Altroz DCT are already underway.

Tata Motors has finally launched the much-anticipated Altroz DCT in India, with introductory prices starting from Rs 8.09 lakh, and going up to Rs 9.89 lakh for the Dark Edition variant, ex-showroom, Delhi. For over two years, the Altroz has only been on sale with a manual gearbox for its three engines. Although much delayed, Tata has finally introduced an automatic gearbox on the Altroz with the 1.2-litre naturally aspirated petrol.

The new 7-speed dual clutch (wet) gearbox is being offered only with the 1.2-litre, three-cylinder, naturally aspirated petrol engine, which produces 86hp and 113Nm of peak torque – identical to its manual counterpart. However, it is about 20kg heavier than the manual versions. There are also no paddle shifters like you’d find on the Hyundai i20 N Line variants, although you do get a manual mode with the gear lever itself. Notably, the DCT gearbox on the Altroz comes with shift-by-wire technology.

Initially, the DCT gearbox was set to be introduced with the more powerful 110hp, 1.2-litre turbo-petrol engine on the Altroz. Tata Motors even carried out tests for the turbo-DCT variant, although it was proving to be too expensive for our market. While the Altroz turbo-DCT could have been an even match against the Hyundai i20 DCT, its prices would likely have been a put off. The diesel engine on the Altroz also continues to be manual only.

Tata Altroz DCT: what features does it get?

The Altroz DCT is being offered on the XT, XZ, XZ+ and Dark Edition variants. The equipment list on each of these variants remain identical to their manual counterparts.

Meanwhile, the Altroz DCT Dark Edition gets the usual dark treatment, with blacked-out wheels, darkened chrome all around and all-black interior theme.

Tata Motors has also introduced a new shade of blue – Opera Blue – which will be offered across the entire Altroz range.

The new Altroz DCT rivals the likes of the Maruti Suzuki Baleno AMT, Hyundai i20 1.0 DCT, Volkswagen Polo 1.0 TSI automatic, Honda Jazz CVT and the upcoming Toyota Glanza AMT. Tata is surely late in bringing an automatic gearbox to the Altroz, but the DCT unit is more sophisticated than the CVTs and AMTs on the Jazz, Baleno and Glanza. The i20 is the only other hatchback in this segment with a DCT gearbox.