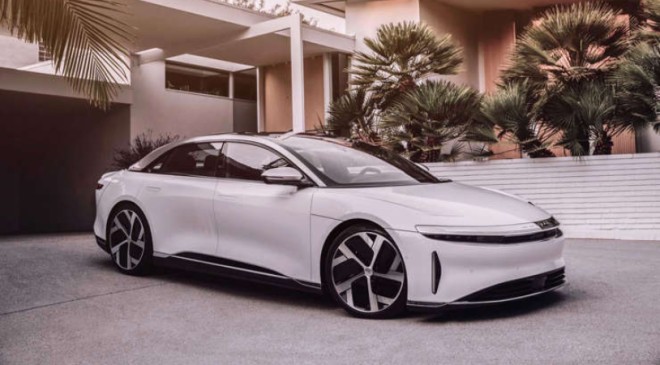 Lucid has made big waves with its Tesla Model S killer. What makes it worth the big bucks?

Much like several of the most recent EVs to hit the market in the US, the Lucid Air is getting loads of positive attention, not only for its stellar overall performance, but also for its spacious and luxurious accommodations. Engadget spent some quality time with the range-topping Lucid Air Dream Edition, and by no surprise, the publication was thoroughly impressed.

Despite the fact that the Lucid Air has blown away car reviewers and owners, the EV startup is struggling, and that’s not likely to change in the near term. Let’s face it, it’s not just EV startups struggling right now, but virtually every automaker across the globe.

Lucid, along with electric pickup truck startup Rivian, picked a tough time to begin delivering cars since inflation is causing major cost constraints, and automotive supplies are in high demand. Fortunately, however, the Lucid Air Dream Edition was never going to be a super high volume car. In fact, it’s already sold out. The real testament to Lucid’s eventual larger-scale success will come down to how it fares in the future with more affordable models.

That said, Engadget finally got its hands on a Lucid Air. The brand offered the publication a pre-production Dream Edition Performance that is apparently very close to the production model. The elegant Air Dream Edition sedan cranks out over 1,100 horsepower, though you can also choose a Grand Touring version with over 500 miles of EPA-estimated range.

The Lucid Air Dream Edition carries a starting price of $169,000, and it’s clearly a direct competitor with the Tesla Model S Plaid. Other rivals include the Mercedes EQS and arguably even the Porsche Taycan. However, Lucid says it was never exactly aiming to take on Tesla, but rather, to go to bat against the much more opulent and refined German luxury sedans.

After finally spending time with the Air, Engadget says it appears Lucid has succeeded in delivering the perfect combination of “power, range and opulence” to give German luxury sedans a run for their money. It’s interesting to note that Tesla has already proven an EV startup can outsell gas-powered luxury rivals, and Tesla’s vehicles aren’t nearly as luxurious, refined, or sophisticated as the Lucid Air.

While Lucid will likely face some tough times ahead, Engadget notes that it’s clear the company is taking things “very seriously.” Check out the short review video for all the important details. Then, share your takeaways in the comment section below.