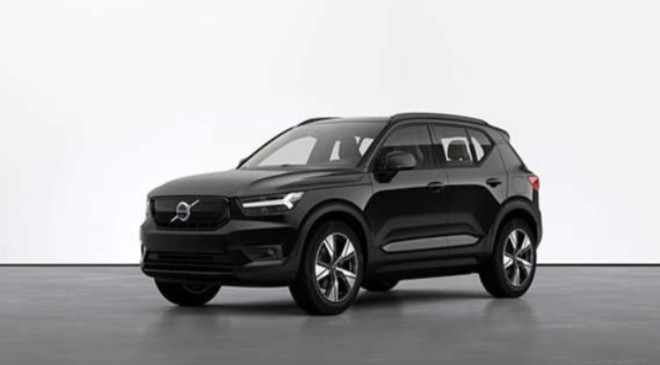 Volvo Cars India has officially listed the upcoming electric version of the XC40 SUV, the XC40 Recharge on its official website for Rs 75 lakh (ex-showroom). The bookings for the electric SUV commenced back in June 2021 and is now expected to be launched in the coming month.

First things first, the Volvo XC40 Recharge sources its power from a 78kWh battery pack that feeds the dual electric motors to deliver an output of 402bhp and 660Nm of peak torque. The XC40 Recharge gets an all-wheel-drive as standard while the electric range is claimed at 418km on a single charge.

As for the design, the exterior of the XC40 Recharge resonates its ICE version. However, the stand-out elements of the electric SUV are the blanked-out front grille, 19-inch five-spoke black-cut alloy wheels, and the conventional placed charging port placed on the left rear fender. The XC40 Recharge is offered in Black Stone, Denim Blue, Fusion Red, Glacier Silver, and Crystal White exterior shades.

The interior of the XC40 Recharge is an all-black affair and is loaded with features such as a 12-inch digital instrument cluster, a vertically-placed touchscreen infotainment system, 13-speaker Harman Kardon sound system, power-adjustable front seats with memory function, dual-zone automatic climate control, and more.

We will soon be driving the Volvo XC40 Recharge with our driving impressions scheduled to go live early next month.