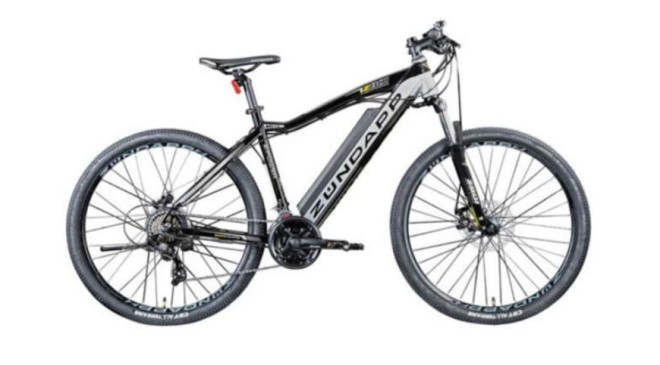 From motorcycles to electric mountain bikes.

Many great motorcycle manufacturers of the past have fallen into obscurity and the abyss of memory. Brands like Vincent, Matchless, and more recently, Victory Motorcycles have all either completely gone out of business, or have scaled down so much that they’re barely a spec in the motorcycle industry. Other brands like Norton and Benelli have resurrected with the help of the Chinese, with the latter finding tons of success in doing so.

You may or may not be familiar with Zundapp, a German motorcycle manufacturer founded in 1917. The brand played a major role in getting troops around during the war, particularly with the KS 750 sidecar, and even had a few notable street models in the years that followed. The German brand ultimately closed shop in 1984, and since then remained defunct, albeit among enthusiasts and collectors keeping the company’s heritage alive through their projects and collections.

Interestingly, however, the brand seems to have made a comeback in the world of electric bicycles. Yes, the Zundapp Z801, its flagship model, is an electric mountain bike that certainly looks like it’d be fun to ride. Italian motorcycling publication Moto.IT found the bike listed for sale across multiple e-commerce platforms with a retail price of 2,099 Euros, or around $2,372 USD. However, German retail group Lidl is selling the Z801 for an even lower price of just 899 Euros, or around $1,015—less than half of the recommended list price, and certainly a steal.

Now, I hear you, electric bicycles are surely a far cry from the glorious world of motorcycles, right? Well, if the future is hinting towards anything, it’s that electric is the way to go. In fact, major motorcycle brands such as Yamaha, Ducati, and BMW have gone ahead and introduced electric bicycles of their own. I may be going out on a limb here, but who knows, maybe Zundapp could eventually roll out an electric scooter, or maybe even a full-fledged electric motorcycle?

Looking at things as they are now, though, the Zundapp Z801 will certainly make for a fun ride. It’s powered by a pedal-assist 250W electric motor and a 480 Wh lithium-ion battery. It offers a range of up to 125 kilometers, and fully juices up in around five hours. An aluminum frame keeps the bike relatively lightweight, while a combination of kit and drivetrain components from well known cycling brands such as Shimano, Prowheel, and Neco come as standard. It even comes with a nifty handlebar-mounted instrument panel which lets you toggle pedal assist level, see the distance you’ve covered, as well as the bike’s battery status.