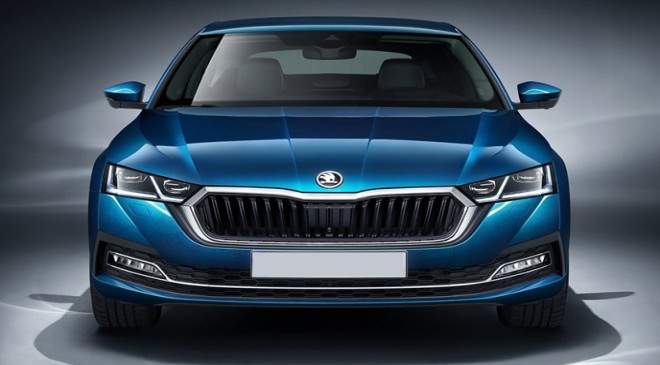 The Czech carmaker is planning to introduce its new design language called Modern Solid this year.

Skoda delivered 12.6 percent fewer vehicles in 2021, but still achieved a return on sales of 6.1 percent as production was heavily hit by supply bottlenecks and semiconductor shortages.

Despite Skoda board member for finance and IT Christian Schenk suggesting the first two quarters of 2021 moved “almost seamlessly”, Skoda suffered a significant drop in production from quarter three onwards, put down to parts-supply issues and production stops.

“2021 was an extremely challenging fiscal year,” Shenck said. “We were able to increase our operating profit compared to the previous year to over €1 billion (around Rs 8,400 crore), thanks to a united team performance. Revenue also developed positively despite low sales figures resulting from production constraints.”

Skoda expects the semiconductor shortages to ease throughout 2022, but suggested that the war in Ukraine will continue to impact production.

Thomas Schafer, CEO of Skoda, said, “The war in Ukraine will have, besides severe humanitarian and political consequences, additional heavy impacts on our business. It’s still too early to predict all the effects on our supply chain, the material costs and general economic consequences.”

Like sibling brand Volkswagen, Skoda has been hit heavily by shortages of Ukrainian-made wiring harnesses. It halted production of the Skoda Enyaq iV at the start of the month, but has said that it will continue to use the same supplier.

Schafer revealed that Skoda has three electric cars in development. He didn’t reveal any details about them, but hinted that an electric Octavia is being worked on.

Skoda is working with Volkswagen to develop the successor to the wildly successful Skoda Superb and Volkswagen Passat duo.

Skoda confirmed that hydrogen isn’t on the agenda, saying that there’s “nothing more reasonable than battery-electric driving”. It has a goal of increasing its EV share by 50-70 percent – a figure expected to be bolstered by the Enyaq iV.

It will also introduce a new design language later this year – named Modern Solid – and it has been described as the “most dramatic change for Skoda since joining the Volkswagen Group”.

Skoda said it will redefine its purpose, positioning and customer groups, which will “shape its new brand design and design language, as well as brand communication”.

“This evolutionary approach will prepare Skoda for a new digital and electric mobility,” the company said. More details will be revealed in the second half of this year.