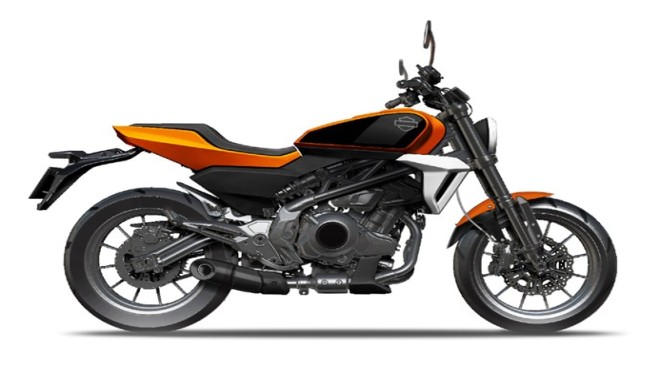 Recently filed documentation shows that the upcoming Qianjiang-built Harley-Davidson motorcycle is likely to get a 353cc parallel-twin engine.

A while ago, Harley-Davidson partnered with Qianjiang, Benelli’s parent company, to produce a motorcycle around the 350cc displacement mark. It will be aimed at developing markets (primarily in Asia), and recently filed documentation indicates that the bike, rumoured to be called the 338R, is inching closer to production.

Interestingly, the documents in question have been filed in the USA and take the form of a VIN decoder. This is a document that manufacturers file with the US National Highways Traffic Safety Administration (NHTSA), explaining the VIN format for an upcoming model.

In this case, Qianjiang has filed a VIN decoder which reveals some details about the model. All manufacturers have their own formulas for determining VINs, with each of the 17 letters and numbers representing characteristics of each model. The VIN decoder pattern recently filed by Qianjiang does not match its typical VIN structure. It does, however, match Harley-Davidson’s.

The first three characters of a VIN are always reserved for the World Manufacturer Identifier, a globally standardised ID code assigned for each manufacturer. The sample VINs in the decoder begin with 1HD, which is the WMI for Harley-Davidson. The remaining characters contain information about the type of vehicle (whether motorcycle or scooter), the engine type, engine displacement, and year of manufacture, among other details.

On the basis of this decoder, it appears that the upcoming Harley-Davidson 338R will be powered by a 353cc, parallel-twin, fuel-injected liquid-cooled engine. The VIN decoder also covers model years ranging from 2021 to 2026, indicating that either production of the bike has already begun or was slated to begin in 2021 but has been delayed.

Nevertheless, the filing of this document is yet another hurdle cleared on the 338R’s path to an official launch, and it does indicate that we could see the bike hit the market sometime soon. India is quite a likely candidate for this model, with the 350cc space booming at the moment. So once the 338R does officially roll out, there is a high chance that it will end up in Indian showrooms.