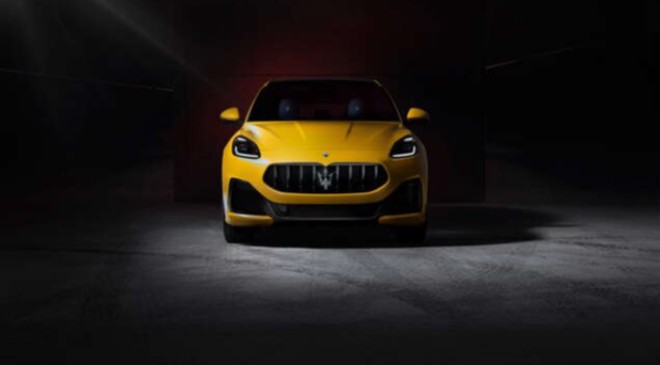 Supercar and sportscar manufacturers gave into the global trend of SUVs by creating their own versions of uber luxurious examples bringing in exclusivity and brand value of the highly desirable badges adorned by their other cars. Maserati has had the Levente for some time now in their line up and the Grecale slots in right below as a more compact/crossover alternative.

© Provided by India TodayThe new Maserati Grecale is a compact design, nearly resembling a hatchback than the crossover SUV that it is. It looks sporty and is a marked shift from the usual Maserati designs of yore.

What sets the Grecale apart other than its size is the fact that it sits on a chassis that is future ready and can accommodate either a conventional internal combustion engine, a hybrid engine or an electric powertrain which the firm states that in a year’s time, the Grecale will become the brand’s first full-electric SUV.

Developed at the Maserati Innovation Lab in Modena, Italy, the new SUV will be produced at the Cassino plant. The Grecale will be available in three variants at launch – the GT, which will be powered by a four-cylinder, mild-hybrid 300bhp engine; the Modena with a four-cylinder 330bhp mild-hybrid engine and the Trofeo, equipped with a high-performance 3.0-litre, 530bhp petrol V6 engine based on the Nettuno engine fitted to the MC20. An exclusive PrimaSerie Launch Edition will also be made available at launch. As mentioned before, an all-electric model in a year’s time will complete the range, bearing the name Grecale Folgore.

Maserati claims that the Grecale stands out with “best-in-class” features topping its peers with more interior space, better driveability and handling. Performance has been quoted with an acceleration figure of 3.8 seconds from a standstill to 100kmph and the ability to attain a top speed of 285kmph, both figures quoted for the most powerful Trofeo variant.

© Provided by India TodayThe all-digital cockpit of the Grecale looks minimal and contemporary with the use of multiple touchscreens.

The Grecale deviates from the usual Maserati design language and embraces the company’s new face that has evolved after every new model since the MC20. Inside the cabin, the standout tech specs include the traditional Maserati clock face that has gone digital for the first time. Touch-based controls offer a clean layout with a large 12.3-inch central screen and another 8.8-inch display for air-con controls while a third one is available for the rear passengers.

The Grecale will find competition in cars like the Porsche Macan, sitting just below Maserati’s other SUV, the Levante.