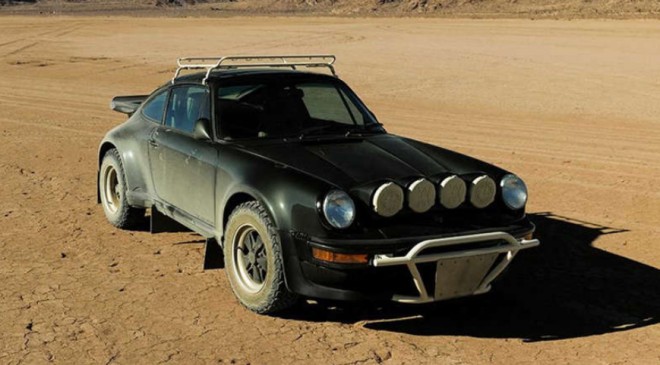 The project, which also includes a Unimog and custom clothing, was a partnership between Stone Island and artist Daniel Arsham.

Porsche’s history with Safari builds dates back to 1978, when the automaker entered a mostly stock 911 into the East African Safari race. The list of modifications included a lifted suspension, a roll cage, and extra lights… and that was about it. More than 40 years later and we’re still seeing Safari upgrades of the 911 pop up regularly, including the one you see here.

This 911 Safari project was the work of American artist Daniel Arsham in collaboration with the high-end sportswear brand Stone Island. Using a 1986 Porsche 911 Turbo as the base, the team tweaked the sports car just like Porsche back in the day by lifting the ride height, affixing new bumpers and skid plates on the front and rear, tacking on light pods to the front fascia, and adding off-road rubber. The exterior bodywork, meanwhile, was done up in a subtle but stylish matte black paint job. 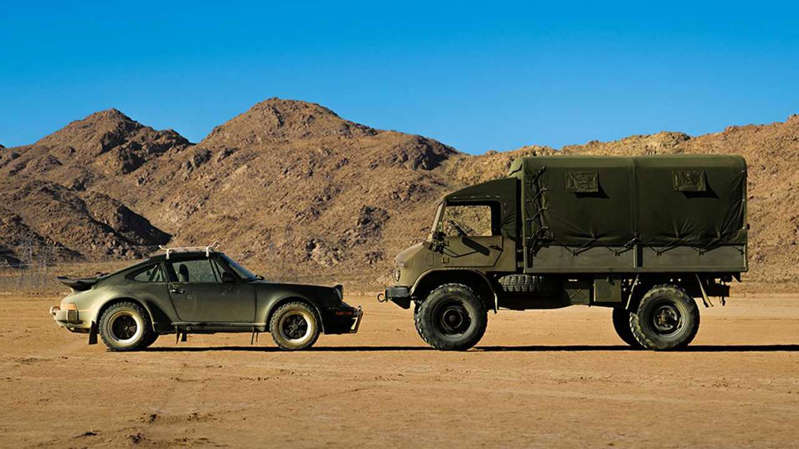 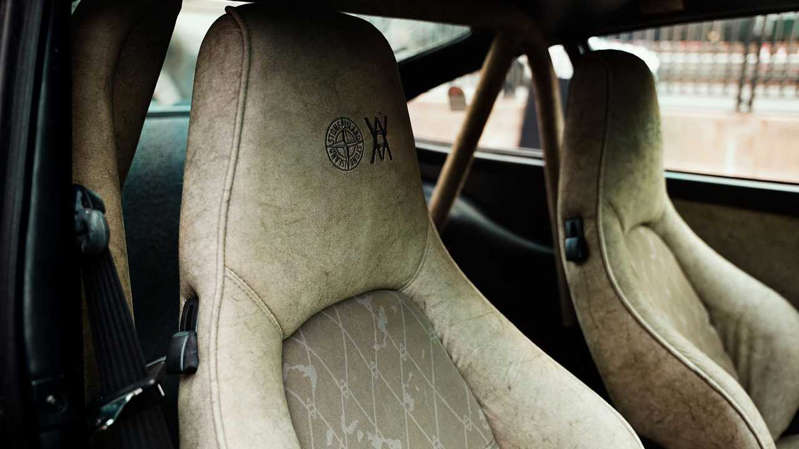 Stone Island, a brand known for its high-end material use in outdoor wear, went to work on the interior. The company equipped this 911 with a custom cotton moleskin interior, dyeing and treating the fabric to give it a worn effect while adding a unique camouflage texture to the seat inserts and door panels. Embroidered into the headrests are the Arsham Studio and Stone Island logos.

The Porsche was one of two cars created as part of the collab. Arsham and Stone Island also customized a Unimog U404 recovery vehicle for the 911. The Unimog gets appropriate rally enhancements to go with its updated looks, which includes Stone Island’s Tela Stella fabric in Drab Green covering the bed of the truck and, just like the Porsche, a moleskin interior.

To ensure the drivers of these two vehicles look just as stylish as the vehicles themselves, Stone Island crafted a limited-run of retro moleskin overalls, paired with custom shirts and jackets and joined by Tela Stella carry-all bags. Unfortunately, you won’t be able to show up at your next rally race in this fit – Stone Island limited the custom clothing to friends and family of the company only.