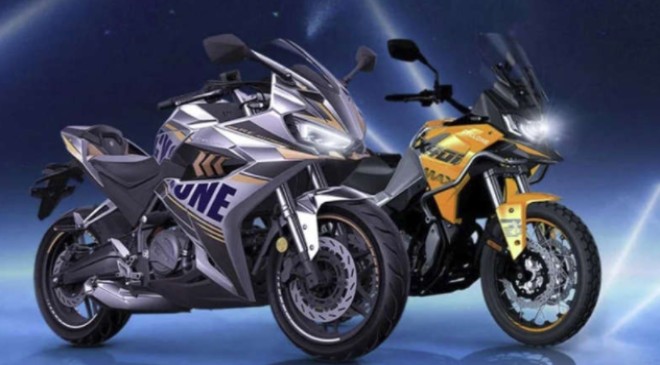 Could these new entry-level offerings make their way to the western market?

Chongqing Zongshen, founded in 1992, is one of China’s leading motorcycle manufacturers. It has a long history with Suzuki, having raced in the Endurance World Championship and coming second in 2003, as well as competing in the Dakar in 2017. It also has an industrial collaboration with Piaggio and Harley-Davidson, among others.

Zongshen’s Cyclone brand aims to provide high-quality models for both the domestic and foreign markets. In fact, some of these models were created with the intention of being exported to Western markets, mainly Europe. For example, the RX6 adventure bike, powered by a Norton engine, was launched last year and is expected to arrive in Europe soon. The brand also unveiled the RA9 concept, which is based on the Aprilia Shiver, although no specifics about the bike’s introduction have been divulged.

What we do know is that Cyclone intends to release two new mid-displacement bikes, the RC401 and RX401. The engine’s displacement, which is a liquid-cooled, parallel-twin engine with a claimed output of 45 horsepower, is clearly reflected in the naming practice. For starters, the RC401, which comes in the style of a sportbike, rides on 17-inch wheels, has twin front disc brakes with dual-channel ABS, and an upside-down fork and preload-adjustable monoshock. The bike is expected to have a premium cast aluminum swingarm, which aids in keeping the bike’s weight at only 178 kilograms.

The RX401, on the other hand, is an adventure bike that looks similar to the RX6. It has bodywork that looks a lot like that of many other small to middleweight adventure motorcycles that have started springing up all over the place under a variety of different brand names. It has the same twin-cylinder engine as its sportier sibling, producing 45 horsepower, and the chassis boasts spoked wheels measuring 19 inches in front and 17 inches in back. There are dual front disc brakes with ABS, a KYB inverted fork, a steel tube trellis frame, and an aluminum alloy swingarm comparable to the RC401.