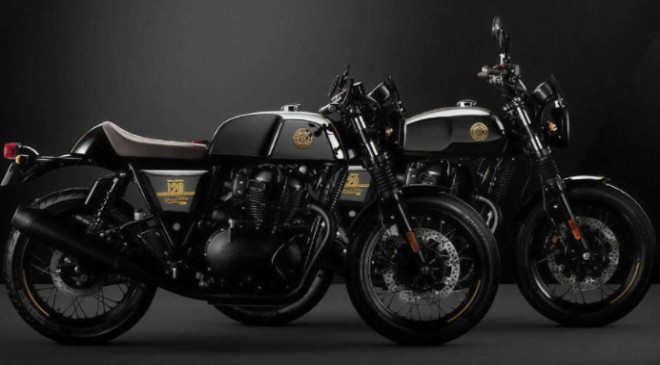 The 120th Anniversary Editions of the Continental GT and Interceptor 650 were first unveiled in EICMA 2021.

Royal Enfield’s 650 Twins consisting of the Interceptor and Continental GT 650 are among the most loved bikes in the manufacturer’s lineup. It was, in fact, these two bikes that drove the once obscure Indian manufacturer into global stardom. The 650 Twins offered unparalleled value for money atop a robust platform and timeless retro looks, much to the delight of the budget-conscious retro bike crowd. 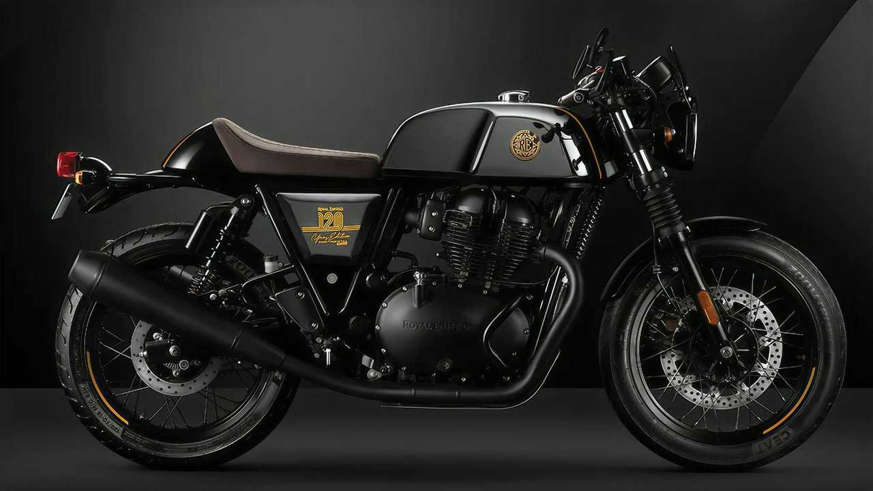 At EICMA 2021, Royal Enfield unveiled limited edition variants of the 650 Twins to commemorate its 120th anniversary. Both the Interceptor and Continental GT 650 flaunted sleek and sophisticated colorways consisting of black with gold accents, as well as blacked out engine components and special cosmetic add-ons. In total, 480 of these bikes were produced, all of which to be shared across Europe, America, and Southeast Asia. For the Indian market, a total of 120 units were allocated, and deliveries to lucky owners have already begun.

Multiple cosmetic add-ons distinguish the Royal Enfield 650 Twins 120th Anniversary Edition. They combine an all-black motif with golden highlights on various components. On the fuel tank, which is finished in Royal Enfield’s ‘Black Chrome,’ there’s a brass tank badge, golden pin stripes, and a 120th Anniversary logo. In addition, Royal Enfield has included accessories such as a fly screen, an engine protector, heel guards, and bar end mirrors that are optional extras on the standard models.

Other than the cosmetic add-ons, the engine and mechanicals of the bikes remain the same. As such, they continue to be powered by a 648cc air-cooled, fuel-injected, parallel-twin engine. Equipped with a 270-degree crankshaft, they produce the sound and characteristics of a V-twin motor, very much befitting the rather laidback nature of the two bikes. Performance is rated at 47 horsepower and 38 ft-lbs of torque. The bike is underpinned by standard telescopic front forks and a pair of preload-adjustable shocks at the back, while disc brakes equipped with dual-channel ABS put the bike to a stop.