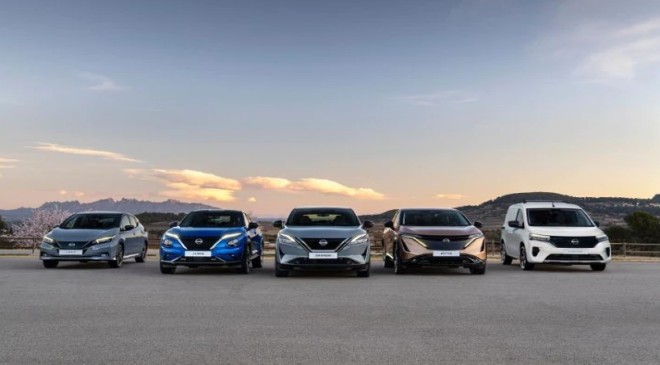 Nissan, like a lot of carmakers, is heading towards an all-electric future; and now, the carmaker has reiterated that commitment. Not only has the carmaker revealed that they won’t be investing in internal combustion engines that meet the new Euro 7 emission standard, but it will also not introduce any new pure ICE models in Europe from 2023 onwards. Instead, it’ll be selling only electrified models, with the carmaker launching six models later this year.

Out of the new electrified models, the Juke Hybrid, Qashqai e-Power and X-Trail e-Power will be hybrid. The second and third hybrid models utilize Nissan’s e-Power powertrain setup where an electric motor will do the heavy duty, while an internal combustion engine charges the batteries while on the move. The other three models will be the 2022 Leaf, Ariya, as well as the next-gen Townstar LCV.

All this is part of Nissan’s ‘Ambition 2030’ strategy where it expects to have up to 75 percent of sales from electrified vehicles by 2026. By the end of this decade, Nissan targets all of its sales to come from electrified models.

Sales aside, Nissan is slated to introduce up to 23 electrified vehicles globally around the same timeframe. 15 of these will be fully electric models, and the other eight could be hybrid or plug-in hybrid vehicles.

So how does India figure in all this? Well it’s hard to tell as Nissan hasn’t given any hints of that happening. While the carmaker currently retails the Nissan Magnite sub-4m SUV and Kicks SUV, we’re unlikely to get the likes of the Ariya anytime soon.