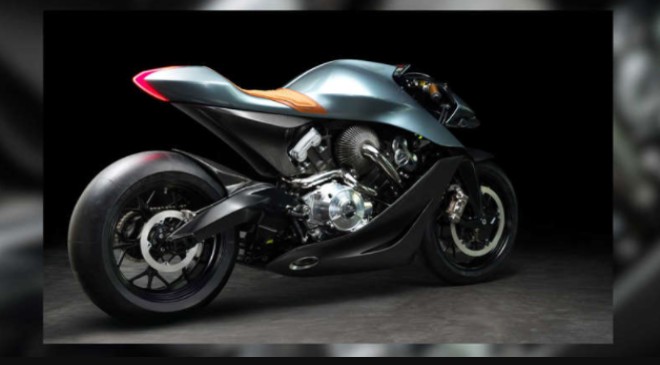 There are still ten of these ultra-rare bikes available.

At EICMA 2019, Aston Martin joined forces with Brough Superior to build a super exclusive, ultra-rare, track-only machine called the AMB 001. Well, at the time, the two British marques had no idea that the world was about to be flipped over onto its head, and had high hopes of launching the bike in 2020. A total of 100 of these monstrously futuristic machines were to be made. Now, nearly three years later, the bikes are beginning to ship to their rightful owners.

On Monday, March 21, 2022, the British marque revealed that deliveries of the much-anticipated AMB 001 have commenced, two and a half years after its introduction. The track-only, high-performance machine, which is the result of a partnership with famed manufacturer Brough Superior, is a true superbike, precisely as it was promised. In fact, the production bike is a tiny bit better than promised, with a power output of 183 ponies, as against the promised 180.

The limited-edition AMB 001 debuted at November 2019 at the Milan Motorcycle Show, also known as EICMA. The bike, which was built expressly for track use, combines one of the most eye-catching motorcycle styles in recent memory with tons upon tons of power. The bike’s impressive performance comes from a Brough Superior V-twin motor that pumps out a whopping 183 horsepower thanks to forced-induction via a supercharger.

The bike was planned to go into production in late 2020 at the Brough Superior facility in Toulouse, France. However, as mentioned earlier, the pandemic had other things in mind. That said, the downtime seems to have given Aston Martin and Brough Superior the opportunity to finetune the bike even further. The extra time allowed Aston Martin and Brough Superior to test the bike on the track and ensure that it met all of its objectives. Needless to say, our expectations surrounding this bike’s performance are pretty high.

“We are happy to have met our performance targets, with a power output of 183 hp and a dry weight of 408 pounds. AMB 001 is an original track bike that stirs the senses and delivers on performance,” said Brough Superior president Thierry Henriette in an article published by Robb Report. Henriette further expressed his excitement towards the developments of the AMB 001 as well as its groundbreaking performance stating, “The characteristic whistle of the turbo completes the unique presence of this extraordinary motorcycle.”

The first 30 AMB 001 motorcycles have been turned over to customers in Japan, Australia, and North America, according to Aston Martin. A total of 100 examples of the $108,000 USD superbike will be manufactured, with 90 of them already accounted for. All that being said, there are still ten units left, so we’ve linked the registration form for these bikes in the sources below, you know, just in case any of you guys have $108,000 USD burning a gaping hole in your pocket.