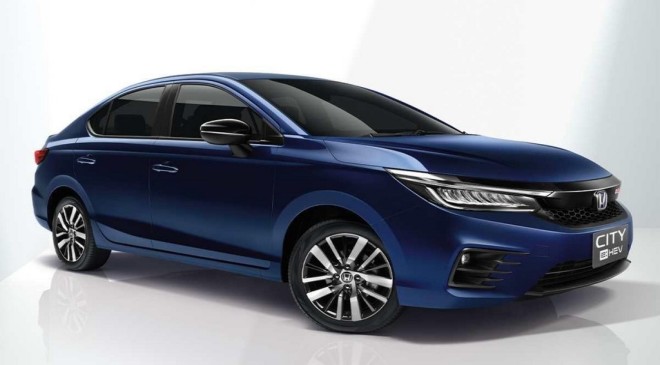 The new Honda City Hybrid is expected to be launched soon in the Indian market with multiple upgrades, including upgrades in powertrain, features and looks.

Honda is planning on launching the next-gen City Hybrid in the Indian market. The hybrid sedan was supposed to hit the Indian market earlier, but the plans had to be pushed ahead due to the pandemic. However, as per the reports, the Japanese automaker has used the time to bring in the sedan with better upgrades. Considering the reports, the City Hybrid will now get Honda Sensing Tech.

The Honda Sensing Tech is a safety feature expected to enhance the overall safety of the car with its active and passive safety features. It is also expected to have features like auto high beam assist, adaptive cruise control, lane departure warning system; lane keep assist, emergency braking and front collision warning system.

The powertrain of the City Hybrid is expected to have a 1.5-litre 4-cylinder naturally aspirated engine. The engine will be tuned to produce 98hp and 127 Nm of peak torque. It will be supported by two electric motors. The first electric motor is integrated into the engine and the second electric motor to give more power to the front wheels.

Considering the hybrid system, the car is expected to have three driving modes. One driving mode will engage just the electric motors, the other will have the ICE engine engaged, and the third will extract power from the combination of both the engines.

The reports suggest that the new City Hybrid will have a fuel efficiency of 27.7 kmpl which will take it ahead of its competition. This number was released after the test in Malaysia. The numbers are expected to be similar in India as well.

The new City Hybrid is expected to be priced around Rs 20 lakh for the top variant in the Indian market. To add a perspective, the fifth generation of the City has a price range of Rs 1.23 lakh to Rs 15.18 lakh (ex-showroom).