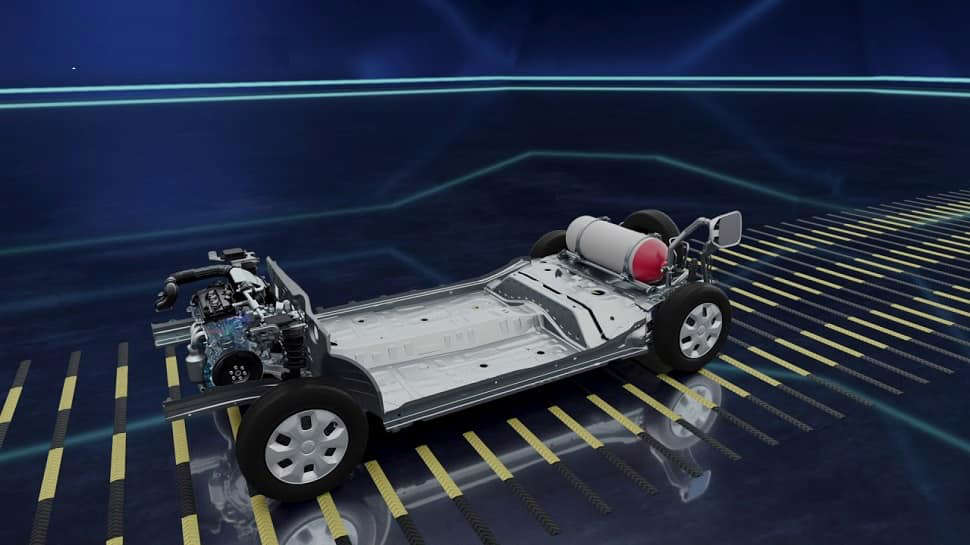 The prices for petrol and diesel were hiked again for the seventh day straight and were increased by 80 paise and 70 paise per litre respectively. With this, the petrol prices have now crossed the Rs 100-mark per litre in Delhi, Mumbai, Kolkata and Chennai as on Tuesday (March 29, 2022). These growing fuel prices have become a cause of concern for the commoners. Considering this inflation in fuel prices and newfound attraction of Indians towards CNG vehicles, we have compiled a list of some of the best CNG cars in the Indian market.

The name Wagon-R itself speaks of the popularity of this car, even in the CNG segment. It is also one of the best in terms of cabin space regarding headroom and legroom. The engine on this produces a total of 59.14 Ps and 78 Nm of torque. It has a fuel economy of 32.52 km/kg, priced between 6.13 lakh to Rs 6.19 lakh.

Recently launched with the CNG option Tata Tiago i-CNG, one of the CNG cars that get various variants, unlike others. The engine on this car churns out 73.4 PS and has a max torque of 95 Nm, making it the most powerful engine in the segment. It has a fuel economy of 26.49 km/kg on CNG as per the ratings of ARAI. It is priced between Rs 6.09 lakh to Rs 7.64 lakh.

The newly launched Maruti Suzuki Celerio got an update with a CNG engine giving out a 56.67 PS, with a torque of 82.1 Nm. The fuel efficiency of this engine is 35.60 km/kg in CNG mode as per  ARAI; This car has been priced at Rs 6.59 lakh.

The recently launched Tigor i-CNG has the same engine as the Tata Tiago with a similar fuel economy of 26.49 km/kg as per ARAI. It also has a similar power output of 73.4 PS and max torque of 95 Nm. It is priced between Rs 7.69 lakh to Rs 8.41 lakh.

The Maruti Ertiga is India’s most popular MPV, and its CNG model is in high demand. The CNG-powered Ertiga is great for transporting passengers without breaking the bank (ARAI says it delivers 26.08 km/kg). It’s also relatively quick, with 92.45 PS and 122 Nm available. It is priced at Rs 9.87 lakh.