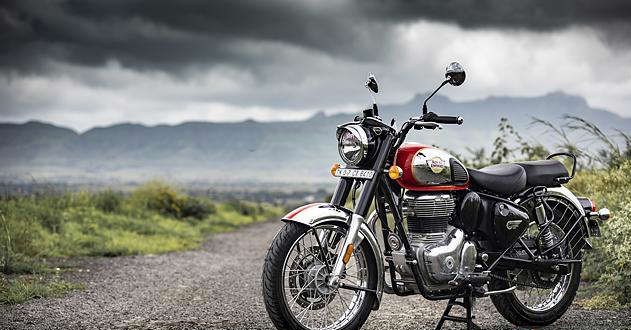 Royal Enfield had brought in the updated Classic 350 in India back in 2021 and it managed to steer a lot of attention. However, the Honda Hness CB350 was already waiting in the shadows as one of its direct foes. So, we’ve fared the two retro offerings on paper, and here’s the outcome.

On the design front, Royal Enfield has made minor tweaks to the Classic 350 while retaining most of the design cues. It still stays true to its original form with a round headlight, a wide teardrop-shaped fuel tank and a split seat setup wherein the rider seat comes sans the springs. Not to mention, it has an abundance of chrome too. On the other hand, the Hness CB350 too dons a retro attire but with a dash of modern touch. Similar to the Classic 350, the Hness CB350 too is loaded with chrome on its fenders, headlight bezel, mirrors and other bits.

One can’t expect a truckload of features from the two offerings. The Royal Enfield Classic 350 gets a halogen headlight and bulb indicators. It also features an analog dial with a digital inset in it. Moreover, Royal Enfield offers the tripper navigation system as an accessory. As for the Honda CB350, you get LED illumination, LED taillight and an analog console with a digital inset. It’s accompanied by a small digital screen on the side that houses various readouts like Honda Selectable Torque Control (HSTC), ABS, Side stand indicator with engine inhibitor, ECO indicator, HSVCS, gear position indicator and a battery voltage meter.

Royal Enfield has plonked the new J-series 349cc, air/oil-cooled engine. It churns out 20.2bhp of power and 27Nm of peak torque and is mated to a five-speed gearbox, With the Hness CB350, you get a 348.36cc, single-cylinder, air-cooled mill belting out 20.8bhp and 30Nm. It too gets a five-speed gearbox and a slipper clutch for added convenience.

The Royal Enfield Classic 350 now gets a dual cradle frame suspended on 41mm telescopic forks and twin shock absorbers with six-step preload adjustability. Braking hardware comprises of disc brakes at both ends with dual-channel ABS. However, you can also get the bike in a front disc and a rear drum brake variant. Honda too has nestled the CB350’s motor in a double-cradle frame. Its suspension setup consists of telescopic front forks and dual rear springs. The Hness CB350 too is equipped with a front disc and rear drum brake with dual-channel ABS.

You get to choose from as many as five variants of the Classic 350 – Redditch, Halcyon, Classic Signals, Dark, and Classic Chrome – and 11 colour options. Here’s the pricing.

As for the Honda Hness CB350, you get three variants